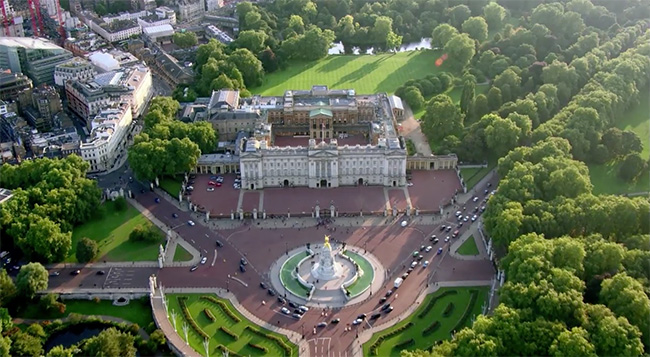 The Guild of Television Cameramen’s 42nd annual awards presentations were held last Sunday and presented awards for Excellence over the last year of television. Interestingly some of the awards were given to Drone cameramen, a sign of the times of how UAVs are now a staple part of a production.

The GTC’s prestigious TiCA was presented to Martin Hawkins. He started his career in the Post Room at London Weekend Television, on London’s South Bank way back in 1974 but did not deliver letters for long. 18 months later he had made the move to the camera department.

Starting as a trainee he then moved up the ladder to camera operator and worked on LWT productions such as Within These Walls, Just William, Enemy at the Door, The Stanley Baxter Shows, Russ Abbott’s Madhouse, Canon & Ball, Metal Mickey, Bruce Forsyth’s Big Night, The Royal Variety Shows, and Live From Her Majesty’s.

In 1983 he joined the newly formed Limehouse Studios in London’s Docklands where he eventually became head of the camera department. Limehouse was put on the TV map with programmes such as Network 7, Channel 4’s Who Dares Wins, Hiawatha for the National Theatre and The Royal Shakespeare Company’s production of Cyrano De Bergerac starring Derek Jacobi.

When the bulldozers moved in, it was time for him and the rest of the staff to go out into the new and exciting world of freelancing.

Comedian Peter Kay writes, “I’ve worked with Martin on many occasions and in that time, we’ve been in prison together, trapped overnight in a wood, and stuck in the back of a motor home with a flatulent pig”.

In 2014, after 38 years as a TV cameraman, Martin was asked to be the Director of Photography on two feature films, Mrs. Brown’s Boys D’Movie and What We Did On Our Holiday.

He has received four Certificate of Merits from the GTC plus a BAFTA Nomination for Challenge Anneka. In 2011 he was given a Lifetime Achievement Award by the Royal Television Society.

The Mike Baldock Award was won by the Rory Peck Trust. It was collected by the trust’s director, Tina Carr, who also gave an introduction to the work of the Trust.

Honorary Membership of the GTC was presented to David Monkhouse, retired from Vitec Group after more than 30 years with Vinten. 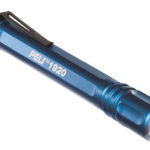 Peli Gets Tough With Torches 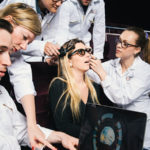