When the MoVI handheld gimbal hit the market with that fabulous launch video from Vincent Laforet, there were quite a few companies that launched products in its wake. Defy was one of those and brought out their series of handheld gimbals like the G5 and the G12. Now instead of bringing  out another gimbal or even a drone solution they have launched the strangely named Dactylcam,  a camera cable system carrying loads up to 50lbs over 40 mph.

Most of the camera cable systems that we see are meant for broadcast use, especially sports events and have complicated data routes that carry the signal to the broadcaster. Defy don’t seem to want to go down that route and suggest that you buy Dactylcam and place your own gimbal or head on it, one of their gimbals preferably.

So Dactylcam has been designed to give cinematographers a tool that creates a unique perspective.   The sled moves up to 1200ft on synthetic line and is driven by a motor with an adjustable tool-free tension drive.   Dactylcam comes with everything inside a pelican case with all rigging and accessories ready for production.  The only thing to add is a gimbal or head of choice that will attach to the included quick release plate. 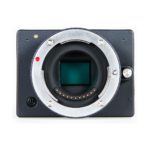 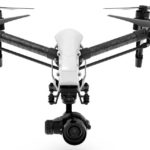