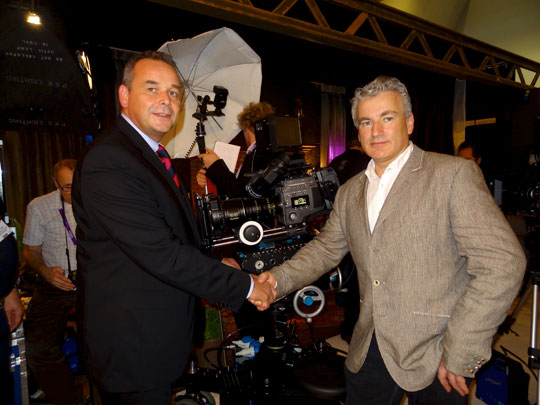 Adam Fry, Director of AV Media and B&I at Sony and Phil Baxter of CVP shake on the dealThe UK’s CVP has been the first dealer in Europe to order the new Sony F65 camera.

They have bought 10 x the F65 kit deals – announced at the Sony press conference on Friday morning
This includes the following and the list price for the package in 75,000€:
– Sony F65 camera
– Rotary Shutter
– SR-R4 SRMASTER dockable recorder (which docks directly with the F65)
– 256Gb SR memory card
– Viewfinder
– SR-PC4 SRMASTER data transfer unit.
This deal is available until the beginning of January 2012.
Phil Baxter commented on the deal with Sony, “We have placed an order in excess of £1million and have committed to meet Sony’s most stringent dealer criteria. This is the most exciting high end Sony camera of the past decade and we have invested heavily in both stock and infrastructure to ensure that we can deliver the highest level of service to our F65 customers who include cinematographers and producers of high end programming including commercials and TV dramas.”
Phil admitted that he has already had more than thirteen enquiries about the camera from his customers.
f65
sony 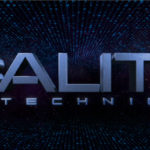 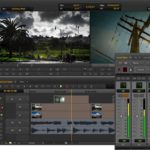