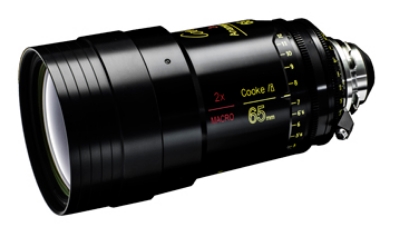 UK lens maker Cooke Optics has launched a 65mm Macro Anamorphic/i 2x Prime lens. A prototype of the new lens will be available to view on Cooke Optics’ booth at Cine Gear 2015, and the first production lenses are expected to ship in 60 days.

The 65mm Macro anamorphic lens boasts a close-up magnification ratio of 4:1:1 and, unlike many of its competitors, has a close focus of 5.5” from the front of the lens, which is almost unheard of in an anamorphic lens. The key feature of Cooke’s macro lens is that its focus does not fall apart as it gets to macro focuses, making it ideal for close-ups and product shots.

Les Zellan, Chairman and Owner, Cooke Optics, said, “We are very proud to present the 65mm Macro anamorphic lens, which we believe will be an extremely valuable addition to our Anamorphic/i range. The development of the 65mm Macro and the recently-announced Anamorphic/i Zoom lens is testament to the hard work and dedication of our R&D team, which constantly strives to bring film makers new tools to realize their visions.” 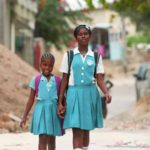 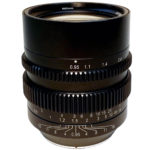