Cine Gear has announced the recipients of the 2016 New Technologies Awards as judged by a team of impartial experts at the 2016 Expo event. The panel reviewed and evaluated nearly 100 entries to determine this year’s winners.

Winners in the Camera and Accessories category include, Thales Angenieux for their Angenieux 44-440mm Optimo A2S Zoom Lens and Zacuto for their Gratical Eye Micro OLED Electronic Viewfinder.

In the Other Technology category, Direct Hit FX wowed judges with their Rapid Reload LFH and BFH Bullet Hit Squibs that are sure to be a hit for body- or costume-mounted pyrotechnics.

The 2016 Cine Gear Expo Technical Awards were presented to the best debuting products unveiled between June 8, 2015 and May 1, 2016. Winners were selected on site by a panel of industry experts with an eye toward the latest in technology. All exhibiting manufacturers were invited to enter products. Cine Gear Expo will be held again in Hollywood on June 1-4, 2017. 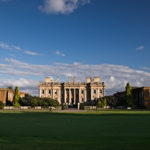 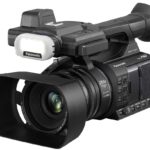