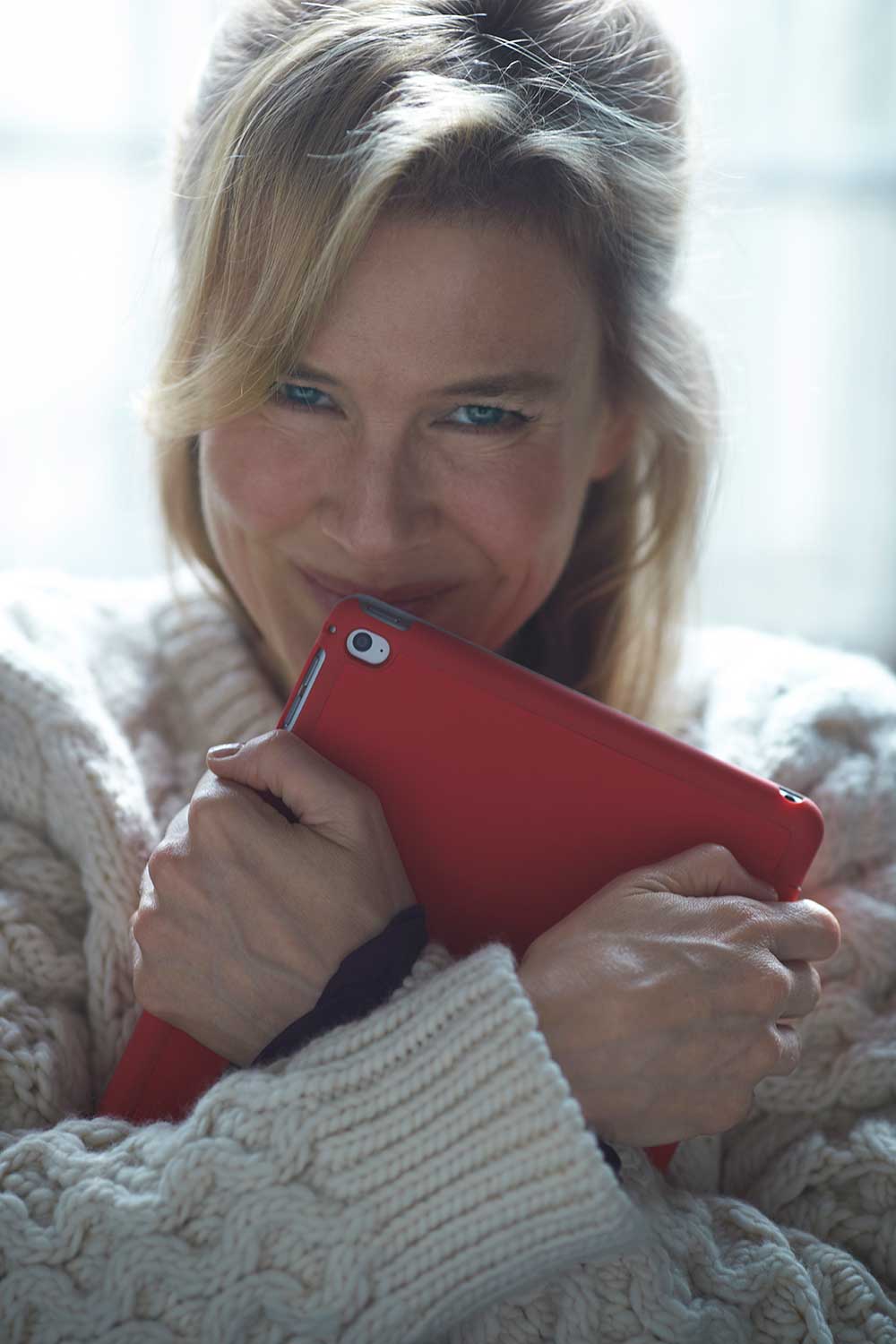 After 12 years she is still clowning around but this time in digital. We talked with the DoP, colourist and VFX team about how they created the ‘new’ Bridget Jones.

DoP Andrew Dunn has a reputation for shooting romantic comedies like Crazy, Stupid, Love; Endless Love; The Lady In The Van – one of the reasons he got the job of shooting Bridget Jones’s Baby. However, one of the main remits from producer Eric Fellner was to show off London for the tourist trade. That started from the first day of the shoot.

“We had to do some recce’ing in places like the very top of St Paul’s cathedral,” says Andrew. “Part of the plan of the start of the movie, which isn’t in the finished movie, was to go around the top of St Paul’s, go through things, over things and end up down on Southwark Bridge where we first see our lovely Bridget. We also planned to come up the Thames with a drone which also didn’t happen. But the main feeling was to keep it ‘up’. It’s been 12 years since the last film so we wanted to make it special. It is colourful but I like using colours in my lighting, I always use the camera as another audience member so when the audience sees it they become a participant in the story.

“One of my other roles was to make Bridget as lovely as ever. I’ve worked with Renée before on Miss Potter and I adore her. I always use diffusion on my movies and didn’t use it any more on Bridget than anywhere else. The people who make the cameras and lenses are wonderful technicians who want to make everything as perfect as it can be but what you have to do is to give it a human aspect, the way we see things. The human eye is fallible; diffusion is part of what we see in real life. Some filtering can become a barrier between the audience and the subjects and it becomes self-conscious, which is bad. I’m there to serve the story, actors and director. It’s like bad wig syndrome: once the audience see a bad wig they’re taken out of the story; you have to be careful with these things.

“One of the things about digital is it does what it’s told. It’s been told it’s got to shoot into the darkest corners and give you information about things that you didn’t realise were even there. You almost have to deny the things it wants to do so you work with lighting and lenses like the anamorphic Panavision C Series and E Series mostly. I think if you’re careful these digital cameras can achieve great results. Digital never looks like film, it’s its own medium. Daytime exteriors are the worst thing on digital because no one is going to wait for you to cut a 80ft long, 20ft high black thing behind the camera just to get negative, you just to have to shoot and I think we managed pretty well. We got a deep depth, rich and creamy
and not too far off the film look of Crazy, Stupid, Love.”

For Company 3’s Greg Fisher, the Bridget movie was initially a straightforward ARRI ALEXA romcom. “There’s a little bit of 35mm, but it’s an archive from the earlier Bridget Jones films,” he says. “It’s a romcom so needs to be bright and cheerful, colourful and relatively polished, which is fairly normal for
a romcom. It’s got a slightly soft look in some ways, but Andrew Dunn
the DoP shot it with a diffusion filter which I think helped so as we wind the contrast up, it doesn’t get too harsh because it has this inherent softness, which is quite nice.
He used Panavision anamorphic lenses, which also gave the image a
bit more character.”

Greg could have obviously added diffusers in the grade but thought that Andrew adding it does look a little different but needed to be added to the VFX as well. “I don’t know if they were aware of it or not,” says Greg, but their work didn’t have any diffusion on it at the start so we had to find a sweet spot for them to dial it in so it would sit well with the rest of the photography. Usually I have the plates so I’ll have green in the background. It gets difficult on some films where you’ve got lots of different elements and it’s not really clear what the main element of the comp will be. That’s more difficult.”

Most of the work on this film was a green screen in the background type of situation. “You can set the grade fairly well with the plate if that’s the situation. I always encourage DoPs to shoot Raw, although it doesn’t make a great deal of difference to me but it does make a difference if something goes wrong, they can usually recover it. If someone has rated something incorrectly on the shoot or you’ve got a camera from a rental house and the settings from the previous show are still in the camera and nobody checks it, if you use Raw then you can undo all of that, whereas if you shoot ProRes you’re baking that in on a shoot day.”

Greg is massively experienced with films like Spectre under his belt. He describes how he begins a grade like Bridget. “You have a look at the material and figure it out from there really, quite a lot of this was shot on cloudy days. Even if you’re not making it unbelievably funny you need to have a little bit of that feeling that it’s brighter, warmer even if it’s shot on a cold November day. You’re just trying to get a bit of life in to it. It’s a common thing with films shot in the UK. Most shots will have some kind of windowing on them, some shots a lot – there were 25 on one. My general approach is to try and get the overall look of the film, do bigger corrections first and gradually go in to the smaller details as we progress through the grade. The key thing for me is to get hold of the raw material and get it in good shape then you can go through several iterations of finessing it until you’ve run out of time usually.

“This is an overall contrast and balance, when you come to a scene you wonder how to make this scene work and the architecture of the scene, does the camera pan around to a window? Is that person dark because they are in the shadows? Just to understand what the scene is.”

Greg admits that sometimes you go further on only to come back and that avoids incremental changes and makes decision quicker and easier.
“It really has to come from the film for me. Sometimes I’ve done films where the grade has become very complicated, it might be very ‘look-y’, it’s obviously been graded and pushed in certain directions and sometimes that’s completely inappropriate. If all you do is a printer light correction there’s nothing wrong with that if it’s the right thing for that film to get the end result you’re aiming for. If you need 50 layers of whatever type of processing, then you need it.
I’m always trying to keep it as minimal as I can, but sometimes that might end up actually being quite complicated. Sometimes it’s good to go too far to come back – that’s how you find your limit.

“Andrew has used these Panavision lenses and they have quite a lot of character to them, this filtering also brings something different to it. Some jobs have been adding grain, sometimes we have been using a film-based look so it takes on the colourimetry of a film print so doesn’t feel quite as digital. Other jobs you want it to feel super clean and digital. For Bridget Jones I used a filmy look but graded it to look quite clean. It all depends on the job, I did Anthropoid which was Super 16mm but with Hawk Anamorphics and that seemed entirely the right choice for that film. A lot of handheld filming, it was a period piece, for me it’s just very satisfying that those decisions are in tune with what the film is. Because the ALEXA is so ubiquitous now, because it’s such a good camera and everybody’s so comfortable using it, I suppose there is a way to try and make it a little bit different sometimes.

“For Bridget you’re trying to get a certain colour palette into it. Some of the digital cameras will pick up on things that film wouldn’t have picked up on in the past, slightly zingy greens and purples, you might want to temper those a little bit. The previous two were shot on film and we didn’t want a completely different looking film. But also it’s many years since the last film and things have moved on, you don’t want a period film, it’s its own thing in its own time.”

For the third Bridget Jones movie Rushes were tasked to work on more than 250 VFX shots over just a few weeks. Throughout the process they worked closely with director Sharon Maguire, senior colourist Greg Fisher and the team at Company 3, and production company Working Title. To complete this volume of shots in a limited time frame they doubled the size of their core Nuke team from a pool of freelance Nuke compositors.

A key sequence in the film occurs when Bridget makes a presentation in front of a large screen. The sequence runs for a couple of minutes and has around 40 VFX shots – mostly green screen comps with a few phone and laptop screen replacements. Besides the usual challenges presented by this type of shot and preserving detail from the shot plates, the main undertaking for this type of scene is maintaining a believable continuity of narrative in the replacement screen content and preserving a consistent look that fits with both the shot plates and what the director envisions.

Alongside Nuke the VFX team used Nuke Studio and the Shotgun suite of tools extensively to manage the large volume of shots and to track changes and feedback. 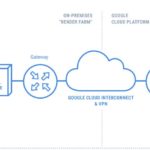 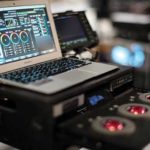