Perhaps the biggest story of Blackmagic Design’s NAB2012, the re-invention of TeranexIn the last couple of years Blackmagic Design has been on the acquisition trail. First the venerable da vinci grading tool was given a new lease of life and a new price bracket. Now another highly thought of but perhaps too expensive product range from Teranex has had the same re-launch and re-invention.

After the acquisition Blackmagic Design commenced a product review process, and designed two new models of Teranex processors that would improve on the VC100 design that Teranex had been selling for the previous few years. The new models add improvements such as reduced size, quieter operation, new connection with technologies such as HDMI, Analog, upgraded 3 Gb/s SDI, independent AES/EBU and balanced analog audio connections, as well as adding new Thunderbolt technology.

The new Teranex 2D and 3D Processors also take advantage of the latest advances in electronic components and assembly techniques, which has resulted in a dramatically more affordable design for the customer. These new models do not reduce the processing quality of the famous Teranex conversions in any way, and the result is a design that allows customers to use Teranex processing for many more tasks than would have previously been possible.

An example of the significance of this change is one month prior to the Blackmagic Design acquisition, Teranex Processors could cost US$90,000, while now the same conversion, but with better I/O options, in a smaller quieter design with Thunderbolt, is only US$3,995! 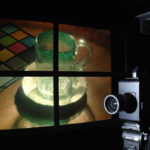