In the past DaVinci Resolve systems were pre built and priced from $200,000 for a 1 GPU based system, to over $800,000 for a 16 GPU top of the line system. Even though this was in line with industry standard practice, it meant professional colour correction was way too expensive for most people to afford. Blackmagic Design has worked hard to change this, and make DaVinci Resolve more powerful but at the same time also more affordable for everyone.

Blackmagic Design is now introducing 3 models of DaVinci Resolve. These models include a new Mac based software only version, a Mac based version that includes the incredible DaVinci Resolve control surface, and a high end Linux version that lets you build multiple GPU supercomputer based systems for unlimited power. Blackmagic Design has also worked hard to give colorists affordable and easy upgrade options as needed.

This means DaVinci Resolve on Mac is a fantastic solution for SD and HD, and even 2K. Colourists can rotate images, re-frame, add corrections, blurs and trackers, and then just hit play, and it’s all real time. Plus, because no features are disabled on this software only version, when faster GPU cards are released in the future, customers can simply plug them in for more power. This really is a true high end color correction system.

When customers are working with heavy colour corrections in HD, 2K, 4K or even 3D, then the top model thats sold as a software upgrade for the DaVinci Control Surface lets customers move to a Linux based system that allows multiple GPUs and CPUs for faster processing. This Linux license is US$19,995.

When customers need faster processing, then the Linux version lets them upgrade simply by adding GPUs as they need. All GPUs work together to increase the resolution that can run in real time, as well as the number of corrections that can be done in real time. DaVinci Resolve is a real time system, so being able to add extra GPUs and CPUs gives customers virtually unlimited power while fitting tight budgets.

Customers can keep adding hardware such as GPUs and CPUs which are pre-certified by Blackmagic Design and available from DaVinci Specialist Resellers. Because it’s a full Linux license, customers don’t need to pay anything more for the software. In price checking done by the company, we have found that the most powerful system that’s possible to build would still be less than $150,000 including all hardware and software. A system with this large amount of processing power would give colorists dozens of real time corrections even in stereoscopic 3D at 2K, or even 4K. That’s dramatically less than the over US$800,000 it cost only 6 months ago.

“We think this new DaVinci product lineup will make it easy for beginners to get started with a professional product, as well as allow high end facilities to install the seriously powerful systems they need for feature film work without breaking the bank.”, said Grant Petty, CEO, Blackmagic Design. “DaVinci Resolve on Mac at US$995 is the same user interface and has the same features as the Linux version, so it’s easy to move up as you need more power. The features are absolutely identical, apart from the limitations of using a single GPU based system. Ever since I started in post production as a teenager, I have just loved colour correction and film. For me this is a dream come true letting DaVinci become affordable for everyone, and it’s very exciting!”

Also, as a special treat, all existing DaVinci customers who have an older model DaVinci Resolve or DaVinci Splice will qualify to get this new version 7.0 software at no charge. In addition, anyone who has an older DaVinci 2K system can use the control surface they have, and upgrade to DaVinci Resolve by paying only for the Linux license. This should make a very affordable way for current DaVinci customers to upgrade to the latest technology. 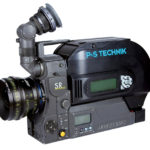 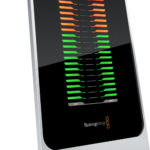 The new flagship model builds upon the strength of the original Venice with all-new...
Read Here