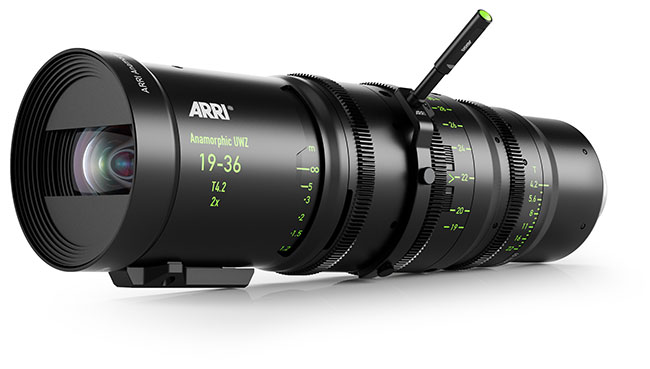 The new ARRI Anamorphic Ultra Wide Zoom AUWZ 19-36/T4.2 is here to complement the ARRI/ZEISS Master Anamorphic lenses by extending the range to cover extreme wide-angle focal lengths between 19 mm and 36 mm, without any sacrifice in image quality.

Possibilities for wide-angle compositions when shooting anamorphic have been limited in the past, due to a lack of high-quality lenses. Compromises such as heavy distortion, pronounced breathing and poor resolution and contrast have always been major problems with existing lenses on the market.

The telecentric optical design of the AUWZ means that it has highly uniform field illumination, from the centre to the very corners of the image. With the anamorphic elements positioned at the rear of the lens, focus breathing is virtually non-existent, distortion is kept to a minimum and straight lines stay straight, even at close focus. The patented lens technologies built into the AUWZ render an inverted image at the sensor plane – a side-effect of the design that is overcome with the simple press of a button on most high-end digital cinema cameras.

Recent productions which relied on Master Anamorphic lenses include THE DIVERGENT SERIES: INSURGENT, A MOST VIOLENT YEAR and the upcoming SPECTRAL, among others. In addition, the 1.4x and 2x ARRI Alura LDS Extenders can lengthen the MA135 to either 190 mm or 270 mm, meaning that the system now covers focal lengths from 19 mm up to 270 mm. 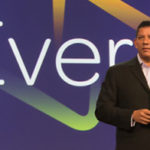 Full ORAD Statement on their purchase by AVID

If you're a USA shooter, try borrowing a CION camera 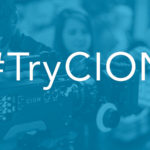