Amazon Prime is now offering episodes of one of its original series in high dynamic range at no additional cost to Prime members. The first video service to offer titles in this new premium format. Above are the first two HDR titles offered by Amazon.

In a first, Amazon are offering an HDR version of the entire season of the comedy Mozart in the Jungle and in the same breath mention that only Samsung SUHD TVs can show it in all its HDR glory. Welcome to the world of public companies where tech announcements sometimes sound to the rest of us like a thinly veiled version of ‘Top Trumps’. The pilot season of Red Oaks is also available in HDR.

Netflix are most probably planning their own HDR announcement and others will no doubt follow and by doing so condemn HDR to a ‘special’ status when the EBU are trying to incorporate it as an integral part of the 4K standard.

Amazon announced that Prime members in the US can instantly watch the debut season of the Amazon Original Series, Mozart in the Jungle in high dynamic range (HDR) at no additional cost to their membership, marking the first video service to offer HDR.

For a deeper understand of HDR go to our popular ‘The Future of the Pixel’, Amazon’s pitch is slightly more breezy, “HDR brings greater contrast to the screen with brighter colours, enhanced shadow details and distinct highlights to make images appear vivid, rich and lifelike, more so than ever before.”

Amazon began offering movies and TV shows to Prime members and customers in 4K Ultra HD in 2014 and continues to grow their catalogue available in 4K, now with hundreds of titles available. 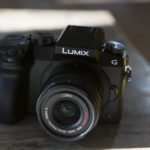 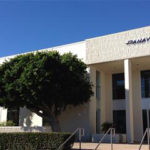