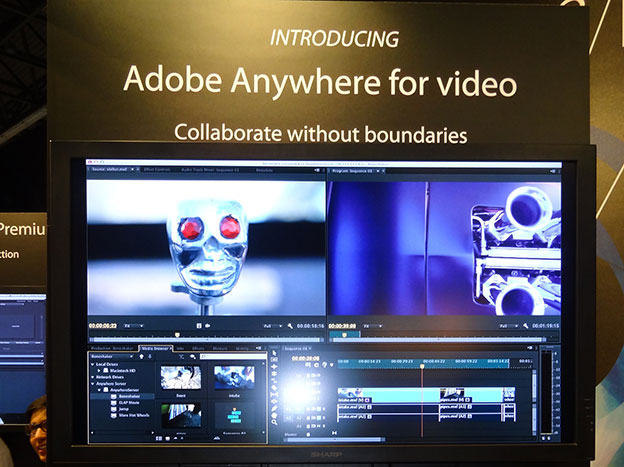 Adobe Get Nearer To A Bigger Slice Of The Apple

The Adobe Anywhere demo at IBC2012 showed a collaboration between two remoted editors with centralised storage in a third location.

There were two elements to modern production that were noted by their relative absence at IBC 2012, they were 3D and Final Cut Pro. Yes there were 3D products and yes there was a Supermeet and Apple were there but both were definitely out of the spotlight during the show. For Adobe Apple’s slide in to the shadows caps what could be for their video product Premiere Pro, a game changing cycle of updates. Ever since they introduced the Mercury Playback Engine in their v5 release their stock has risen meteorically. Their Product Manager Al Mooney reviewed the last couple of years in Premiere Pro’s life, “It’s been extraordinary and I really think it has exceeded our expectations, I think we’ve known for some time that we’re building a really solid, reliable, high performing professional NLE. Last year tens of thousands of switched to Premiere Pro as their primary NLE. On the Mac platform we have seen 40-45% annual growth and 20% growth across the two platforms.”

To qualify those claims of thousands of switchers is difficult in the age of the bundle, for many editors the prized software used to be After Effects and Photoshop, if you bought either bundle then Premiere Pro came along with it. It’s only now in the age of their subscription based Creative Cloud that Adobe can measure use by number of downloads actioned. But Al is honest enough to admit that their CS5 Premiere Pro offering wasn’t the best editing interface.

“From CS5 we re-built the inside, ripped the engine out and put a new engine in, the Mercury engine, that 64-bit GPU optimised which gave us the ability to playback rich, complex sequences all with real time effects with high resolution media. What perhaps we didn’t think too much about in CS5 was the experience of editing, how it feels to sit down and cut with something for a 12 hour period. CS6 gave us the opportunity to think about the experience so we completely re-designed the user interface, CS5’s interface perhaps wasn’t so conducive to editing, the UI was quite cluttered but CS6 is a much better experience.”

In the midst of Adobe’s re-tuning of their premier editing platform as everyone knows Apple brought out FCP X and in some people’s eyes dropped the ball as far as everyday working editors was concerned. Adobe and AVID were quick to gauge the feeling and both company quickly created ‘conversion deals’ for Apple editors to jump ship to their respective platforms. Al Mooney, himself an ex-Apple employee, agrees that the Apple release of X was a factor, “There is no doubt that when Apple did what they did it made a lot of professional editors feel a little disheartened or alienated. It’s a very different product aimed I think at a very different audience and yes no doubt it made a lot of professional editors turn their head toward our product and I do think that some of the growth was attributed to that. Having said that if those heads turned and looked at us and our product didn’t deliver then we wouldn’t be winning like we feel we are now.”

It’s true that the Premiere Pro product has come along way, even using the analogy of what hall you used to be at IBC you can see a promotion for Adobe. They used to be in Hall 10 which has always been a very ‘true broadcast’ Hall. Now there are in the heart of the post production hub of Hall 7. Premiere Pro was always the wannabe NLE, always in the shadow of Avid and Apple but after 20 years they feel that their time has come. “We want to be the Photoshop of the video world, the ‘go to’ product for anytime anyone wants to do something high quality in video.”

But what of the future for Adobe, the last two big broadcast show have seen two ingenious offerings, the Creative Cloud and this year Adobe Anywhere. It’s early days for the Cloud as Al explains, “The Creative Cloud subscription means that you get the software and 20GB of storage which isn’t that big for video files. Creative Cloud is not a cloud base experience for the Premiere Pro editor. What we have revealed at the show this year is Adobe Anywhere which is basically a system designed for collaboration and it enables you to work remotely with centralised media on the same production. But the way to think about Anywhere is imagine that you’ve ripped the Mercury Engine out of your PC or Mac. You’ve ripped out the CPU and GPU but when you hit play in Anywhere all the processing is happening server side. That’s then passing the video frames directly in to Premiere Pro. So I don’t need a high performance machine to work with it, I could use a Mac Book Air or something low powered. All the processing is remote. The other really powerful feature is that there are no proxies, when you hit play you’re playing the full resolution media.”

The Anywhere demo was impressive but remains a technology concept and so has no shipping information attached to it but if you think that streamed media is the future then Adobe is ready with a system that will only mature. Our nagging doubt was only that would collaboration in editing be a real world proposition.

Be warned Adobe are on the rise and are extremely aggressive about the future of video for their platforms. 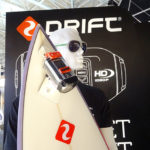 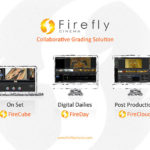