At SkyOptics we’ve been waiting eagerly for the release of this DJI camera upgrade. As photographers, whilst the X3 does a great job, it does sometimes feel as you have one hand tied behind your back and you’ve sometimes got to work hard to get the results you want.

So what’s changed with the X5? Well, it’s a proper camera at last. Not that amazing a revelation maybe, but it’s an important one. The X3 is a camera of course, but it’s limited in the control it gives you. There’s no aperture or focus control on the X3, aperture is fixed at f2.8 and also the lens and sensor are very small, 3.6mm lens and a EXMOR 1/2.3” sensor. The small sensor of the X3 is apparent with the 35mm equivalent of the 3.6mm lens, being a big jump up to 20mm.

So cue the X5 with a Micro Four Thirds sensor.  As it uses existing MFT lenses, it has aperture and focus control which can be altered directly from the DJI GO app in flight. If you have an existing Inspire with an X3, you’ll need to purchase the bigger vibration plate to mount the new camera, but when that’s done both cameras can be interchanged easily and quickly. The change from a 28.5 mm/sq sensor to 225 mm/sq is a huge step up for DJI and although the pixel count has increased improving resolution, the main benefit is the increase in pixel size. The MFT crop frame sensor has a x2 multiplier and when used with the Leica 15mm lens we’ve chosen, has a 35mm equivalent of 30mm. Dynamic range has increased to 12.8 stops and having the larger pixels ready to accept more light and a larger lens to provide it, signal-to-noise has also increased.

There are currently three lenses that are approved by DJI to use with the X5. They have their own 15mm along with Leica’s version and there’s also a 12mm Olympus. Unfortunately due to weight considerations and the gimbal having to be able to balance the lens you can’t put any MFT lens on the X5. However more lenses are apparently going to be approved in the near future and will allow even more flexibility. With UAV distance limitations always a consideration when shooting, it will allow Inspire operators to get even closer to the action than ever before.

With our X5 we have certainly seen an improvement in the photographs it produces in comparison to the X3. When comparing images between the two cameras, we find with the smaller sensor of the X3, shadows can be slightly muddy and detail begins to get lost. However any further increase in exposure will lead to the whites being blown out. You could obviously improve the image in post and we get great results from the X3 after some work, but the more information you have to start with the better the final result and also more options you have. The larger pixels of the X5 sensor and the larger lens allow the shadow detail to be retained much better and gives a greater dynamic range, so even in high contrast shots the highlights are much better retained and so allow much more creativity.

The X5s higher resolution produces a smoother image and again, the larger pixels of the MFT sensor create a higher signal-to-noise ratio and therefore much less noise. This is exaggerated further in low light conditions where the X5 really excels with an big improvement in image quality and retains detail well with little noise.

We’ve only covered stills in this review and not video. However, we’ve been using the X5 to film in low light conditions with some fantastic results. Obviously it also has the same benefits of adjustable focus and aperture with stills and video, so allows a much greater degree of control and creativity. There is still room for improvement though, especially regarding the bitrate when filming, which is unfortunately the same as the X3 at a max of 60 Mbps at 4K (the more expensive X5R released later this year will have a max bitrate of 2.4Gbps) but the jump in sensor size and quality of lens has really improved the images that can now be produced with the Inspire. 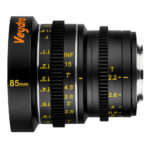