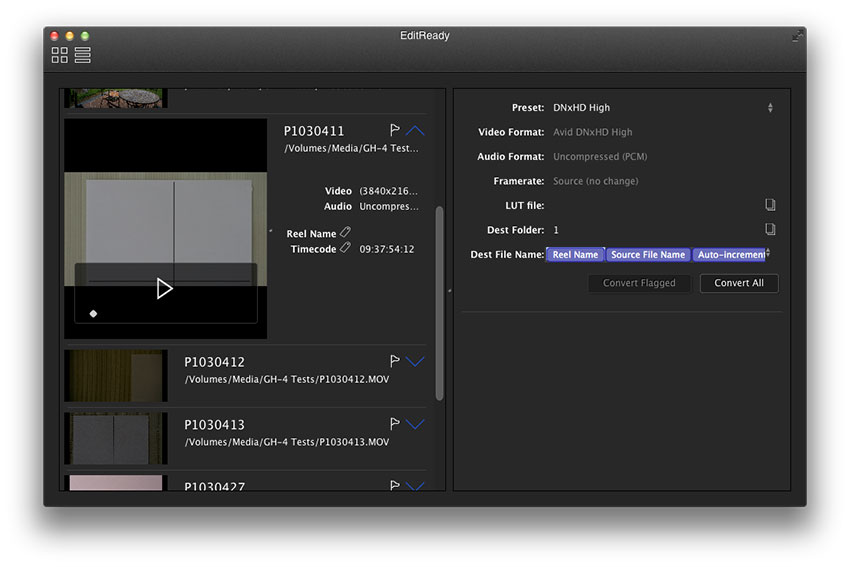 EditReady takes pretty much any format video (if it will play in Quicktime then it’s likely to be compatible – so no REDCODE RAW) and transcodes it to ProRes, DNxHD or H.264.

A bit of software that promises to transcode rushes for your NLE faster than the competition sounds like a Good Thing – we all spend too much of our lives watching that little blue progress bar inch, glacially, towards its destination.

EditReady, from Divergent Media, is just such a solution. It takes pretty much any format video (if it will play in Quicktime then it’s likely to be compatible – so no REDCODE RAW) and transcodes it to ProRes, DNxHD or H.264. It does this with a simple, batch interface – just drag-and-drop the files – and it does it very fast.

EditReady leverages your Mac’s hardware to perform various bits of its transcoding – Intel’s QuickSync (built into most chip-sets since 2011) accelerates H.264 encoding and decoding, and the GPU is used to convert between colour spaces and sampling schemes, freeing the CPU to do what it’s good at, and saving power in the process.

Of course, if your Mac was built before 2011, or if it’s a new Mac Pro (which uses Intel’s server chipset and so doesn’t have QuickSync) then you won’t see quite the transcoding acceleration that newer MacBooks Pros, Airs and iMacs will bring.

The user interface provides (editable) presets for the encoding format and you can burn in a LUT if required. There is a great deal of flexibility in the output filename, with auto-incrementing file numbers, creation date and so on, but you can also use any of the input files’ metadata in the output filename – for example camera name, reel name or shot/take information. The UI also allows you to edit metadata – either for individual files or as a batch.

As a simple way of converting your camera files, EditReady is an attractive package, but it sells itself on its speed – and it is really fast. Quicktime, Compressor and Adobe’s Media Encoder were nowhere close – EditReady isn’t just a few percent faster, in our tests it was nearly twice as fast as Media Encoder and three times as fast as Compressor (single node) and Quicktime. EditReady was faster than the others even on a 2008 Mac Pro, which has none of the hardware acceleration of newer machines, though I presume that some of the calculations were still off-loaded to the GPU.

It’s worth noting that the results from EditReady were different to the results from the other packages, but only in a few least significant bits. I used Quicktime as the reference, producing ProRes 422 files, as I reckoned that Apple software using an Apple CODEC was a sensible starting place. Although there was no visible difference between these files and the ones generated by EditReady, the picture data in the files were different – not wrong, just different. To be fair, I have observed more serious problems with Media Encoder in the past…

EditReady can also be used to produce H.264 files, for instance as viewing copies for internet transmission. One feature missing from the software is the ability to change frame size, so you can’t output a full resolution 1080p file and use EditReady to produce a quarter resolution H.264 file. It’s a minor inconvenience. 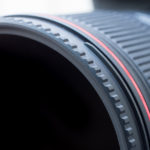 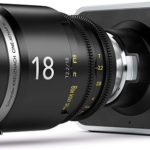