Popular as LEDs are, they aren’t anywhere near replacing big movie lights. The biggest point source is probably the rare and expensive Mole Tener LED, at 1600W, while the biggest HMIs are fifteen times that. Still, development of LED tools for the film industry is helped out by the massive R&D spend targeting domestic and commercial lighting, and it seems very likely that one day, every light on a film set will be based on LEDs – and it’s increasingly clear that they will also offer programmable colour.

Rosco’s launch of a light implementing exactly that suggests that one of the world’s top filter companies has seen change coming and is keen to pre-empt it. Rosco acquired DMG Lumière in September 2017, presumably with an eye on their Mix series of LED panel lights which provide both conventional white light and full colour mixing effects. To date, though, lights capable of doing both white and coloured light really well have been comparatively rare, often sacrificing the colour quality of the white light as a necessary compromise to offer colour mixing.

Various screens from the new App with colour space details

It’s worth a quick recap on why this is difficult. There is no such thing as a white-emitting LED; there are only blue LEDs topped with a phosphor, often chosen so that the blue light from the LED and yellow light from the phosphor combine to create white. Crucially, the phosphor can’t convert light to a deeper blue than the blue of the LED, and converting blue light all the way to red light, at the other end of the spectrum, is hard work. It’s also not possible to create good quality white light by mixing red, green and blue LEDs. Instead of a continuous spectrum of white light, the result would have three sharp spikes, and struggle to properly illuminate anything other than colourless subjects. These issues can be dealt with through careful design, though, and doing so well is key to the success of a light such as Rosco’s new baby.

The device under review is the Mini Mix, a panel 205x885mm (8x23in) rated at 100W output. It will find a use lighting anything from the smaller corners of a film set to a sit-down interview, with a useful ability to create accent coloured backlights or illuminate blue or green screens effectively using highly saturated light. Removable diffusion panels offer a degree of control over the output pattern, and the light is compatible with DMG’s add-ons for their existing SWITCH lights, including dome, snapbag and grid accessories. In general it is a diffused softlight with a beam angle near 180˚. The larger SL1 Mix is twice the length and is rated 200W; an even larger version, the Maxi Mix, is planned.

The LED panel sits in a machined aluminium frame, with attention to detail in the physical construction. Steel helical inserts protect the threads, and the latching mounting points will be familiar to users of other flat-panel and fluorescent lighting. A handgrip and ball-and-socket mount compatible with ⁵⁄₈” lighting spigots will fit the central latching point, while the controller and power supply can go either side, or be mounted elsewhere. The physical layout depends on whether the user wants to snap the controller and power supply (or battery) onto the back of the unit. This arrangement is fairly common among LED lighting, and means that a working light may need five parts – the mains lead, power supply, controller, the intermediate cable and the light itself. The ability to snap it all together integrates the individual parts nicely, though, and it’s only a factor if it’s dismantled.

The light’s party piece is its control system. White mode offers control over colour temperature from 2850K to 7500K with magenta-to-green correction available either as a percentage of the maximum or expressed in terms of plus or minus-green filters. Magenta-green correction is important because, alongside colour temperature, matching difficult practicals becomes possible. Gel mode emulates a selection of filters from Rosco’s range, with the option to base the simulation on light sources at either 3200K or 5600K. For arbitrary colours, there’s a mode which makes full hue and saturation control available.

The Mix series naturally includes DMX control, but also talks to the MyMix smartphone app over bluetooth without requiring any extra hardware. The Android version of the app used in this review, marked version 0.9, was described as “in beta” by the company and was a little incomplete, with only a few of Rosco’s gels and lacking the interesting Source Match option which allows users to select a colour from a photograph taken with the phone’s camera. There are issues with how accurate that can ever be, given that a smartphone’s camera is not a precision colorimeter, but it’s an interesting feature nonetheless.

In general, the app seems well designed, with large active areas for dragging to control the various parameters or the option of numeric entry for specific numbers. It’s also intended to talk to Rosco’s presence on the internet, delivering updates for the app and new firmware for the lights (sensibly, updates to the lights must be manually confirmed). Users can also save and share colour swatches, an idea which might particularly find favour with big lighting teams on big productions.

The feature set, then, is pretty comprehensive, but that’s only useful if the output has good colour quality. Sheer output, measured one metre from the face of the light, is around 2470 lux at 3200K and 2210 lux at 5600K, equivalent to about an f/11 at 1/50s exposure on an 800 ISO camera. Intensity is controllable down to 0.1%, although, as with many LEDs, there’s a small step between the lowest level of output and none at all.

The output was tested at 7500K, 6500K, 5600K, 4000K, 3200K and 2850K using the UPRTek CV600 meter. Measurements included colour temperature accuracy and the quality of the white light according to the television lighting consistency index (TLCI,) a more stringent measure than the older colour rendering index (CRI). Each colour temperature was tested at 1%, 25%, 50% and full power, to identify any problems with maintenance of colour over a range of intensities. These tests were carried out in white-emitting mode, although the colour-emitting mode, with the saturation set to zero, performs equally well, avoiding any issues when using carefully desaturated colours.

The Mini Mix achieved TLCI of at least 91.2 at all 64 of the test points. For perspective, the TLCI specification suggests that above 85, “errors are so small that a colourist would not consider correcting them.” This low point coincided with the lowest available colour temperature of 2850K, at intensities below 25%. Otherwise, TLCI was in the mid to high 90s for almost all tests, a very good result. Results at 5600K were particularly good, reading uniformly over 97. Colour temperature accuracy was also very high, within a few tens of the ideal; many lights have errors of a hundred or more, which may be visible, but the Mini Mix does not.

The crucial red and blue output are best represented by the CRI test patches called R9 (red) and R12 (blue), which should ideally be at 100% exposure relative to other test colours after compensating for colour temperature. At 3200K, the Mini Mix achieves 81 R9 and 94 R12, a good result. At 5600K, R9 increases to 88 while R12 falls off to 74. This is the only result in the test series which is anything less than excellent; a little more deep blue wouldn’t hurt, and the number really only seems low in comparison to the otherwise high performance. There isn’t really a standard for the assessment of coloured lighting, although the mark one eyeball revealed a reasonably close match for Rosco’s colour filters based on comparison with
a swatchbook.

The Mini Mix is among the top few devices currently available that combine colour and white output. The technology used is interesting, with clusters of six LEDs under the interchangeable diffusion panel. As well as the conventional red, green, blue and white LEDs, the Mix series uses additional orange and lime-green emitters to extend the range of colours the light can create. Several of the LEDs are visibly based on the blue-driven phosphor technology, which produces a smoother, less spiky and more controllable output spectrum.
The multi-emitter approach would make the light’s gamut on a CIE diagram into an irregular pentagon rather than the conventional triangle, improving the available range of colours, and is presumably the reason for the high colour quality performance.

The company tells us that the Mini Mix costs €2490 (about £2200). This is an ambitious price for a 100-watt light, and the feature set puts the Mini Mix into competition with the likes of Kino Flo’s Celeb 250. The Celeb is more expensive, but also 50% more powerful, to the point where the Mini Mix costs 15% more per watt. Still, given its feature set, excellent colour quality, and that neatly-done smartphone app, Rosco’s new light could hardly do more to justify the price tag. 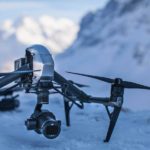 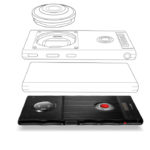