Why You Should Shoot Data And Not Film

To shoot data successfully you might think you need a leap of faith but Digilab London’s Miguel Ferros reckons you’ve already been thinking about itThere is one universal truth in Production, at whatever level and in whichever genre: budgets ain’t going-up! In fact, in the current financial climate, finance is ever harder to find and advertising budgets are already being cut, meaning less money for commercial production. So surely now is the time to make the switch to data capture?

If I said to you that I can offer you a way of making a programme that gives the same quality as film (I’m not arguing about look or feel) and better quality than tape, at the same time as reducing your production budget massively, would you be interested? Who wouldn’t be? So why is the transition to data capture taking so long? In stills photography the revolution that saw digital acquisition all but replace film took a little over two years, yet we have had the Viper and Genesis more than twice as long as that. So why do we still hang on to our beloved 35mm?

Is it because digital cameras are simply not good enough? I will not deem to speak for cinematographers, but I have seen plenty of examples of the quality of their work sumptuously displayed via the digital medium. We can get into plenty of never-ending arguments about resolution, pixel count, latitude and curves but, if it were really the difference between a production going ahead and not, I don’t believe there are many who would say that digital is not good enough so let’s not bother! High Definition magazine gives plenty of great information about the excellent digital film cameras available now, the Sony F35, the Arri D21 and still the Panavision Genesis and Thomson’s Viper are capable of truly outstanding results. The SI2K and the RED One also have their place, as does the Phantom. I set those aside somewhat because of their slightly odd workflows, but they are all capable of doing a job.

So if it is not price and it’s not quality that is stopping productions from shooting data, then what is it? One reason is tape. At this point I’ll come clean and admit that I don’t like videotape. To me it is an anachronism, a flawed system that is long past its sell-by date. It is inherently bandwidth limited, can only provide timecode as useful metadata and is simply a way of delaying post production. I can almost hear you stifling your outrage and thinking, if not shouting, all the problems with data capture, but please bear with me.

Shooting on film is more expensive because of the stock cost itself. But there are other costs such as those of the lab, telecine, tape stock, digitizing and logging (metadata) input that really increase the costs even further. Tape is cheaper in terms of stock, and there is no need to telecine, but the other costs remain the same. Sadly though, many data capture productions are treated as such only at capture, then they drop to tape to follow a traditional tape based post-production route, throwing out the cost savings and workflow advantages of shooting to data.

Paul Bamborough, creator of the Lightworks editing system and co-founder of Codex Digital, gave an example at Production 2.0 in Pinewood earlier this year that, for a mid-budget feature, for the price of the unexposed film negative, using their data capture system it is possible to provide on-set capture, and shots ready for edit, vfx and grading – loaded and ready to go on the appropriate post-production systems and with their metadata intact. This is certainly not possible if the shots are dropped to tape because you immediately throw away any metadata not kept on paper and then have the real-time process of the dubs themselves and then the reverse process for each post application onto which you need to load the shots. Oh yes, and someone has to re-input all the logging info that you threw out when you dropped to tape! There is really no need to have to do this, and that is why we set-up Digilab London.

The Viper was first to encourage the use of data as a capture mediumUnfortunately many (not all) post-production facilities and supervisors do not have the experience in data workflows and try to shoe-horn data into their tape pipelines. Indeed, many people will argue strongly that the massive tape infrastructure in the facility world makes life easy and is an argument to shoot on tape. This is, pardon the pun, a facile argument. Every system and application in a post facility is computerised – they work with data. So if we can give you data, in the right format that the post application (be it Avid, FCP, Flame, Baselight, Lustre etc) can natively read, why would you prefer to waste time, quality and money by dropping to tape, in order to waste more time and money re-digitizing?

It is true that there are many old offline editors out there that do not support the new MXF formats that are produced by modern data recording systems, but when did anyone let the offline system determine the rest of the production pipeline? This is especially true when you look at the savings a properly looked-after data production can give you and then consider that the cost of upgrading those offline systems is minimal nowadays, and would probably pay for itself in the saving of a few days of HD deck hire.

Another benefit to shooting with the correct data workflow is the creative feedback that it is possible to get on-set, or nearby. Instant decisions can be made in total confidence because the guesswork is removed. From Fincher’s Zodiac and Benjamin Button to Speed Racer, Quantum of Solace and SlumDog Millionaire, the benefits of having vfx, editorial or grading on hand to test shots and show progress are evident.

At DigiLab London we have people experienced with data, both on set and in post production, and this is the key to cutting through all the misunderstanding, achieving all the possible savings and reaching the creative quality that data productions can really give you. Imagine that some catastrophe wiped out all the Film Labs in the world. Would you feel comfortable looking after the processing yourself, and then making the copy negs, inters and dupes? Would you invest in a Telecine and do that yourself too? You might have enough knowledge to do it, but would you want to? In the midst of a massive production, do you think that the DoP has the bandwidth to take it on, or maybe you’d feel comfortable giving the job to a trainee? I doubt it.

What is really needed is for the professional services that a Film Lab gives you to be available for data, to the point that you don’t have to even think about it. As a Director or Producer the only questions you should have to ask yourself when deciding which medium to use is, “Does it work for me financially and creatively?” You should not have to consider data management as an issue. Instead you should have the knowledge that there is a department that will ensure safe capture and back-up on-set and then look after the digital negative throughout the duration of Post, making sure that the right shot is in the right place, at the right time and for the right cost.

In reality, the service needs to go even further than that, particularly if the Producer, Director, DoP or Editor are new to data production. At pre-production you need to have discussions about how to structure the data pipeline. There are many ways to skin a feline and questions need answering in pre-production that could have a major impact on the way you work on-set and, ultimately, on cost. Insurers may require back-ups are taken at certain times, you may wish for HD playback or video-assist, and what about dailies? How many sets? Projected? On-location? Blu-Ray? When? It is not just that these questions need answering before you commit to a data set-up, it is possible that the answers might impact on your choice of camera. As I mentioned earlier, some cameras have particular workflows that you should be made aware of before the shoot. They can all be accommodated, if planned for, but if you do wish to see high quality playback or projection from ‘Bayer-pattern’ cameras such as the RED or Phantom, then you will need an amount of processing power available nearby, and need to know the time it will take to make those shots available. It is no big deal, but needs planning.

So, with a professional data service that can advise you in pre-production, supply experienced crew members, supply a fully equipped mobile location lab, guide you through the codec minefield and remove the burden of data management, why not shoot data successfully. Shooting With The Sherlock And Slumdog Camera 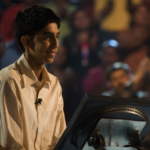