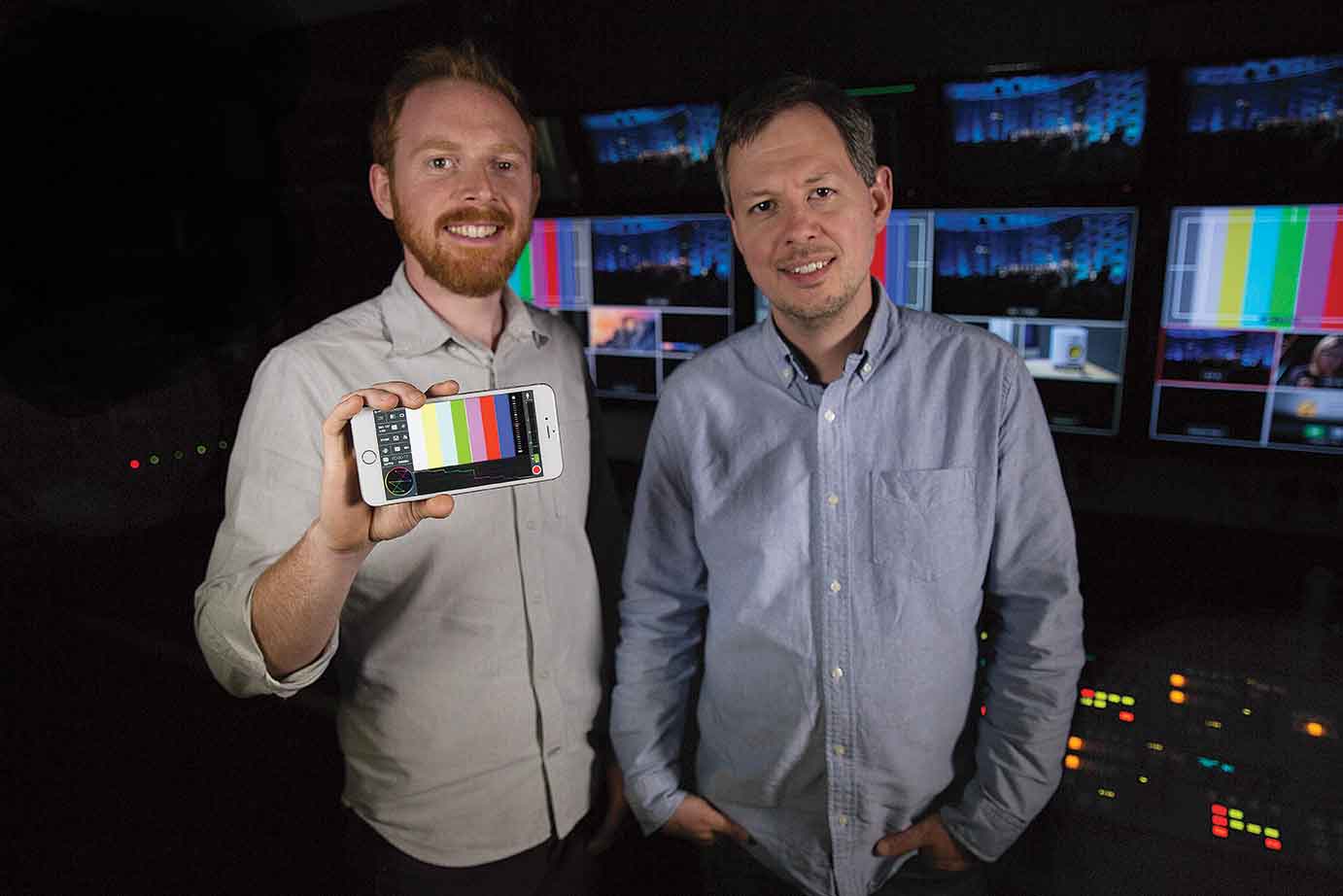 READ IN OUR DIGITAL EDITION

Ex-University of Sussex PhDs Patrick Holroyd and Phil Watten started an academic exercise to see what they could make an iPhone do, initially to help their film making and broadcasting work. The result is Mavis, a £12.99 iOS App that turns your phone in to a broadcast camera.

App developers Phil Watten and Patrick Holroyd always wondered what you could get a smart phone to do, initially in an academic way. “Once people had seen what Mavis (their App name) could do we decided to spin it off commercially,” Says Patrick.

Mavis isn’t your usual iPhone App especially when you fire it up and spot the Waveform monitors and VectorScope at the bottom of the screen. “That’s where we approached it from, could we actually draw these things on a mobile phone.” Phil and Patrick work in the Media Technology Lab at Sussex University, we make live TV and are film makers so Mavis is a link between our two worlds.”

Patrick had met Phil after Phil had already been App developing for a while, “He started about three weeks after the first iPhone was launched,” say Patrick. The original Apps that he produced were Time Calc and then Conductor which turned the phone in to a metronome, that has now been taken off the App store. “It was a bit old.”

“We have been waiting for the technology to catch up, we’ve always found it quite interesting what we could do on the phones but really until the iPhone 5S but mainly the 6 the processing power of the phone couldn’t make it do what we wanted it to do, like broadcast scopes, focus peaking all the kind of things you would find on high end cameras. The newer phones, they’ve got so much power.”

Now a commercial outfit Mavis is bound by the market. Things like various frames rates and resolutions were brought to the App merely to satisfy the users wish lists.

Phil and Patrick began as potential customers for an App like Mavis. “We were getting fed up hauling around gear. For YouTube videos you just don’t need that level of quality. With the 4k UHD off the new phones you’re getting an unbeliveable picture quality out of it and of course it’s portable.”

Don’t think Mavis is just for YouTube videos either. It will record to broadcast data rates, 50 Mb/s on the iPhone 5S and 6, 100 Mb/s on the 6S. Right now a TV series is being shot on iPhones using the App.

Like everyone else Phil and Patrick will have to wait to see what comes with iPhone 7. “We’d love to have an aperture that isn’t fixed but it’s understandable why it is fixed at the moment. The audio is an interesting one for us because you can now look to get lots of different audio inputs. A lot of people are coming out with new microphones that you can physically plug in to the lightning connector.

“The main thing on the wish list is to have full screen mode which we are working on. ‘Video in’ would be really interesting for us because at the moment we are limited to the camera that is in the actual device. Some people have done it using WiFi for instance but you have to jump through a lot of hoops. At the moment we have to use H.264, but we have a release coming out that will do MJPEG.” 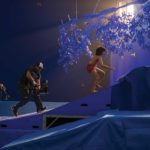