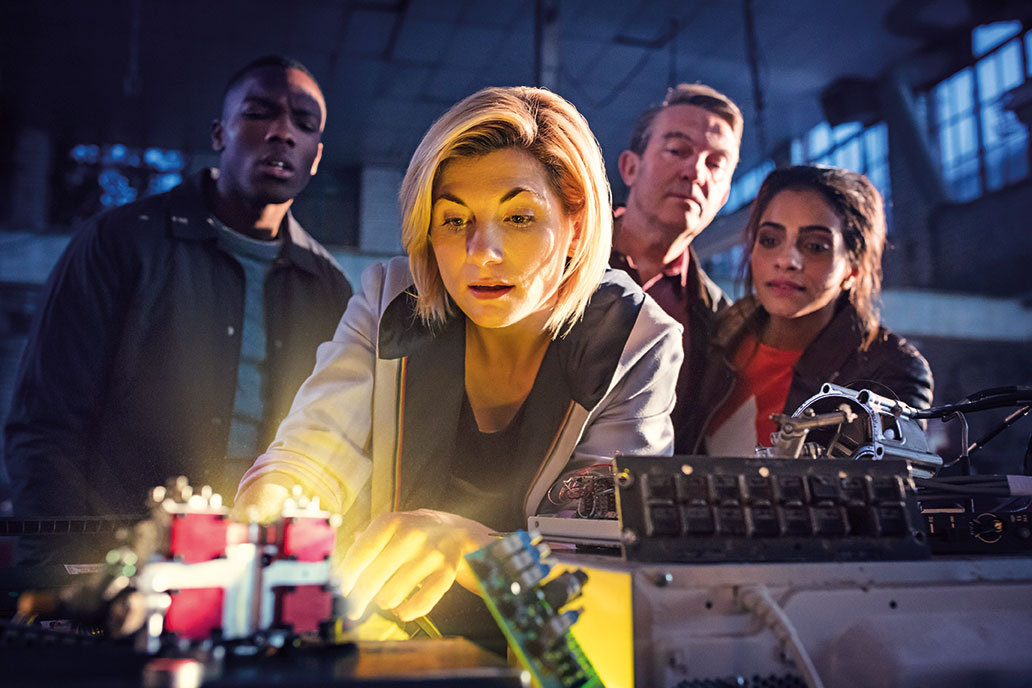 The Doctor we deserve

The Doctor Who of 2018 uses all the cinematic tools at her disposal, we talked to Denis Crossan, DOP of the pilot

From the Doctor Who of grainy 16mm film through to the heavy analogue composite video of the 70s then on to soft standard definition, we’ve always been disappointed at the ‘look’ of the Doctor. But circa 2018 and we might have the look that we’ve always wanted and that’s born from the Netflix generation of production. This is our conclusion anyway from talking to pilot DOP Denis Crossan about his new aesthetic ideas, even before we have seen any footage.

Denis had worked with director Jamie Childs on an ITV drama Next Of Kin and afterwards was asked to work on the next series of Doctor Who. “Next of Kin was very good and I really enjoyed working with Jamie,” he says. “Towards the end of it he mentioned that he was going to do the Doctor Who thing and he wondered whether I would be interested. I thought it sounded great especially with the new ideas surrounding it. I had never really watched the programme and I didn’t know much about it but when he described what he wanted to do I was definitely interested. The idea was to change everything around along with the new woman doctor and some new characters.

“They wanted new writers and wanted to give it fresh ideas and a new lick of paint. Part of that was shooting anamorphic and supposedly having a filmic look was part of the deal. I thought it was kind of interesting and agreed to do it. Before I actually arrived in Cardiff for pre-production I didn’t have much to do with it and hoped that they were keeping all the new ideas, like the anamorphic look. I was pleasantly surprised especially when the writer Chris Chibnall said that he wanted it to be as bold and exciting as possible and for me to do as much as I could do to make it that way.”

The feeling was that in 2018 there is major competition from production juggernauts like Netflix and Amazon Video and to make a Doctor Who for this era you have to bear that in mind. The production values, for instance, are so much higher than they used to be.

The brief Denis was given was quite wide at the same time as being non-specific on what was expected: but he saw that as a good thing. “It gives you a free range of where to go and doesn’t bury you in what went before. They weren’t tying me down to recognise what went before or to go down the ‘family friendly show’ route. Once you are shooting you can then be more precise in what you do to achieve that new look.

“Shooting in a filmic way is something that is hard to quantify for me. I will light something in a certain way that I think is aesthetically pleasing for me; if it’s filmic that is for someone else to decide. But I’ve shot enough film and anamorphic to know what is meant by that. You want something that is not over-lit, nothing shining in your face, that kind of thing. Something that will fit in with the story.

“Shooting anamorphic with that slightly wider landscape gives you that scope that I guess is the shorthand for whatever ‘filmic’ is.”

Once those expectations of what the show was going to look like were firmed up, Denis moved on to the specifics of the day-to-day shoot. “To add to the drama I tried lots of smoke and lots of light and dark between scenes. In fact for the first one we did, the pilot, we ended up doing a lot of exterior night shooting. We ended up doing big set pieces rather than shooting stuff in a studio with green screen. So there was practically no green screen in the first pilot that we did.”

As Denis was in the seat to design a look for the show he was able to set down some guidelines that could be followed by other DOPs – Denis shot one more episode in the series. That included his use of only primes and in this case Cooke anamorphic primes, “I tend not to use zooms very much, I like the idea of choosing lenses and being specific about a shot. Generally I’m not a fan of putting a zoom on and constantly moving the focal length just to get a frame. But I knew with Jamie the director that there would be a whole load of moves so there were a number of handheld shots as well.”

But for Denis and Jamie all options were open, if it felt right they would follow their instinct – again this goes against the grain of some of the venerable Netflix USA shows where there is a distinct template for shooting.

Shooting in Cardiff and Sheffield this time last year brought some luck to Denis’ look design as drizzle brought its own atmosphere. “The rain brought some softening, which helped; it took the edge off things which I liked very much. Generally it worked well especially for the night stuff and other bits and pieces.

“It also helped with the flashing lights and VFX which I managed that was embellished in post, but those guys were great as there wasn’t constant green screen everywhere, we worked out what they could do with backgrounds and what we achieved on-set.”

Once the agreement was to choose an anamorphic look for the new Doctor, Denis chose the Cooke anamorphic primes against other similar lenses. “Cooke anamorphic don’t flare the same as for instance C-Series Panavision lenses. They have a certain type of flare that doesn’t give you the streaky lines. Usually when I work with anamorphics you kind of end up working with only three lenses, a 35mm, a 75mm or use a 100mm for close-ups. You can pretty much shoot the whole show on those focal lengths.”

Design for the doctor

With a new doctor, especially the first time woman doctor, was Denis conscious of a singular shooting design just for her? “Sometimes I would go quite wide on her although we did a variation of stuff for her. Initially we enhanced her because she was still in the middle of regenerating. But for this series there are a few new cast members around her. So that was the great thing about shooting in this wider format; you could encompass all of them and follow them in a mid-shot as a group. There wasn’t any specific lens I kept going back to for her, she always moved around, it was a bit frenetic. You have to build that into the sequence and still keep the camera moving. It was very kinetic and hopefully that will come across when its shown.”

Denis shot two cameras all the time but there was no cross shooting with one a wider version and slightly different angle than the other. Denis also used a favourite filter of his called Black Satin which took the edge off the digital. “When you’re getting oval out of focus if there are any real hotspots, using black satin diffuses that a bit by halating the edges on it. It doesn’t mush your picture up or make it look flat or too soft. It’s just another layer that enhances the whole look of it. It makes it look a little bit more painterly especially at night with the haze in the air.”

Doctor up to date

The new look for a new doctor joins the ever-maturing digital looks that we see every day in streaming or live broadcasts; that alone promises much for the new series. “There’s no reason this new series can’t look as good as films we are watching on television,” says Denis. He was sure not to look back at what had come before, such was the impetus to brush up the gloss of the new adventures.

Lighting details include the ubiquitous ARRI SkyPanels but Denis’ experience pushes him towards reflected light more. “My staple for lighting is always bouncing stuff. If you’ve got a Fresnel and a hard light you can basically do anything. You can use it hard, you can diffuse it or bounce it or wrap it round. I think bouncing light is still the softest way of using any light. For this because sometimes the story called for it, I would put up tube lights that stayed in shot and just had them there as elements that made it interesting.” 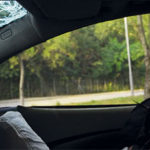 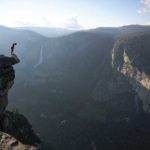