Tapeless Times: How The Earth Made Us

The start of a new series courses the adoption of tapeless media, workflows and attitudes in to television and feature production. For Part One we spoke to BBC Producer Jonathan Renouf who is producing the Series How The Earth Made Us using tapeless camera systems and is having to instigate some fundamental changes in the post routeWhile most people agree that the move to file-based media is a good thing there are some work practice collisions that need ironing out. We spoke to BBC Producer Jonathan  Renouf about a new documentary series he is making called How The Earth Made Us. The programmes are a follow up to Earth: Power Of The Planet, a BAFTA nominated series.

The new documentary is using the latest Panasonic Varicam which is a P2 card only camera system. The previous series shot on the tape-based version and the Panasonic HDX900 camera, another tape based product. The series is shooting until later this summer and Jonathan is well placed to comment on how file-based media impacts on work practices that are well worn and trusted.

“The previous series was shot on about eight different formats, but the principle ones were the HDX900 and the Varicam. The reason we used the 900 a lot was that the Varicam was very expensive, not in terms of the camera but because of the post production workflow. We had to hire a frame  rate convertor because the BBC doesn’t accept a software conversion of the Varicam footage. So we spent weeks basically frame converting which isn’t a real time process. So we were falling behind and finding that it would take four weeks until you could see what you shot.

“We then rationed the use of the Varicam to only times when we were absolutely sure that we wanted to go ‘off speed’. The rest of the time we used the 900 which has a very good workflow straight into Final Cut Pro.

“This time around I wanted to use the Varicam as much as possible but didn’t want the cost that goes along with it. So we looked at P2. Because the footage is automatically transferred at the playout speed you can preview the footage and effect on location. The principal drawback is the price of P2 cards that necessitate daily or 48 hourly transfer to hard drives. But we bit the bullet and decided that was a price worth paying.

What have been the change to day-to-day, “It’s been fine in the field so far. The transfer process is one you can leave running, it’s basically half an hour of a producer’s or researcher’s time in the evening or you can leave it running while you go and have dinner. Then do a spot check when you get back to make sure everything’s there before you hit delete with your heart in your mouth!

“The problems with P2 are actually ones we are discovering now as we get to post production. They aren’t problem per se they are just very different ways of working to the way people are used to working. It’s basically the change from tape to file which means instead of taking 30 to 40 tapes in to a cutting room, you take 2500 to 3000 files. It takes a week just to open them all!

“They say that the key to it all is Metadata, yes it is but Metadata, first of all, is not an insignificant workload, to put it in. Secondly it’s not the way most producers and editors work. They don’t view material by thinking ‘I wonder what we’ve got from Santorini, tell you what we’ll do a search for Santorini and call everything up.’ They don’t work like that, they go ‘Hang on a minute Santorini, that was tapes 15 to 22 wasn’t it? Lets have a look at those.’ Then they call a Bin up, drag a timeline across and you view it all. The problem with P2 is that you have to open potentially 250 files to look at your Santorini material. So how do you make the material easily viewable to both the Producer and Editor  when they come to play with?

“There are several solutions to that but the ones we’re looking at are basically that we pay somebody to put in the Metadata but what I’m trying to do, and this is still work in progress, is get Producers to create timelines in Final Cut Pro.

“We would pay someone to put in the Metadata and use that same person to train the producers in a workflow that means they can quickly create timelines of the material. What that means is you’ve got two ways of accessing the material, if you fancy using Metadata you can because it’s in there and certainly when people try and access material from films that they didn’t shoot themselves, you can find what you want with a search. But for the producers with their own material, they will be able to access the material much more quickly through timelines.

The clash of cultures when the IT world hits the creative world is most visible to Jonathan when the subject of Metadata comes up and the inputting of it.

“The thing about Metadata is that it sounds wonderful to an accountant or to somebody who doesn’t actually make television programmes. Metadata is not an intuitive Television way of working. Two people can categorise two things in different ways. The main thing is that Metadata has to be inputted and it takes a lot of time and yes it’s a legacy thing, it’s fantastic in terms of the future – everybody can find stuff – but there’s a cost put on to productions that wasn’t there before.

“Whatever people say, on most big documentary series like this we do log things but in a very rough and ready kind of way. You might put a document together that says TAPE ONE and you have three sentences there or three words there sometimes saying maybe, GV Santorini plus pieces to camera and that’s enough in terms of its journey to the cutting room. Most stuff will be ‘Metadata’d’ with four or five terms but the point is that it has to be done to every single shot. You can use copy and paste and you can batch things together and apply them but even to know what’s in the batch you have to opened it.

“So I think for ways forward cameramen are going to have to learn on location to think about adding Metadata in the field. There are at least two buttons you can use on the camera (Panasonic P2 Varicam) as you’re shooting to tag stuff. For example you can tag pieces to camera that don’t work, it just gets flagged for whatever reason. So you know later that all the flagged stuff can be deleted. So you’re reducing the amount of clips you have to look through. But I know for a fact that I wouldn’t want to do that because you often end up matching up the beginning of a piece to camera that failed to the end of another piece to camera that failed.

“So how much scope is there for deleting stuff in the field? I did one film when all the time I kept the camera running there were whips and pans and overexposures because I ran around with the camera which was still switched on – those ended up being the bits the picture editor used to make the end product distinctive and different. The idea of what you need and don’t need is different according to different people, some people can get ‘Genius’ stuff from footage others would delete.

“So one solution is to have less clips come back from the field, I don’t think that is very practical in most circumstances in documentary making, the other solution is to try and attach more data in the field. Which you can do before the shoot starts, you can upload information which will be embedded on every single clip which might include the location, possibly more information about contributors and so on. Trouble is that might become too general but there’s room for some work there.

“I think moving to file based is a big cultural shift and it is going to need new skills and principal amongst them is producers being able to drag material in to longer sequences than just the single files.

“By the way, I am a fan of P2, it is the future. I think we just have to think differently about the way we do it. One of the fields that is automatically included is the date so it is perfectly possible to just create a timeline in FCP of all the stuff shot on one date, if you want to, using the search field. We’ve got to start thinking like that and maybe think about creating virtual tapes in the cutting room.

“The real advantages of this will come when we do learn how to leverage Metadata so if I want to get material from programme one to programme five I don’t have to view everything that programme one recorded to find what I want, I can do a search for it. So I think what I’m saying is I don’t think we’ve fully worked out the best way yet of doing that. 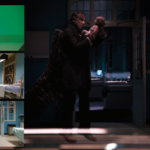 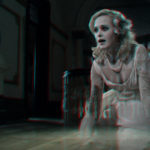