After close to ten years as a multi faceted filmmaker, Kiosa Sukami has refined his methods more than most. “I am a cinematographer, camera operator, post-production specialist and more. I’ve become a master of all trades,” he laughs.

“There’s a small team around me, and much of what we produce is creative content for brands we loved growing up – and those that inspire us today.”

On top of this, Sukami and his crew create music videos for a range of equally promising artists. The Samsung Portable SSD T7 Touch served as the newest team member on a recent outing, and made a significant impact on everyone.

“We’d used the Samsung Portable SSD T5 previously, for recording as well as transferring and backing up files. So, we used the newer drive to extend that same workflow,” Sukami explains. “The first thing we noticed was that transfer speeds were amazing. I could move footage from an almost-full 250GB card in around ten minutes. That’s a morning’s work handled during a bit of downtime on-set. Those abilities are incredibly useful, especially during a music video, which always sees a fast turnaround.” 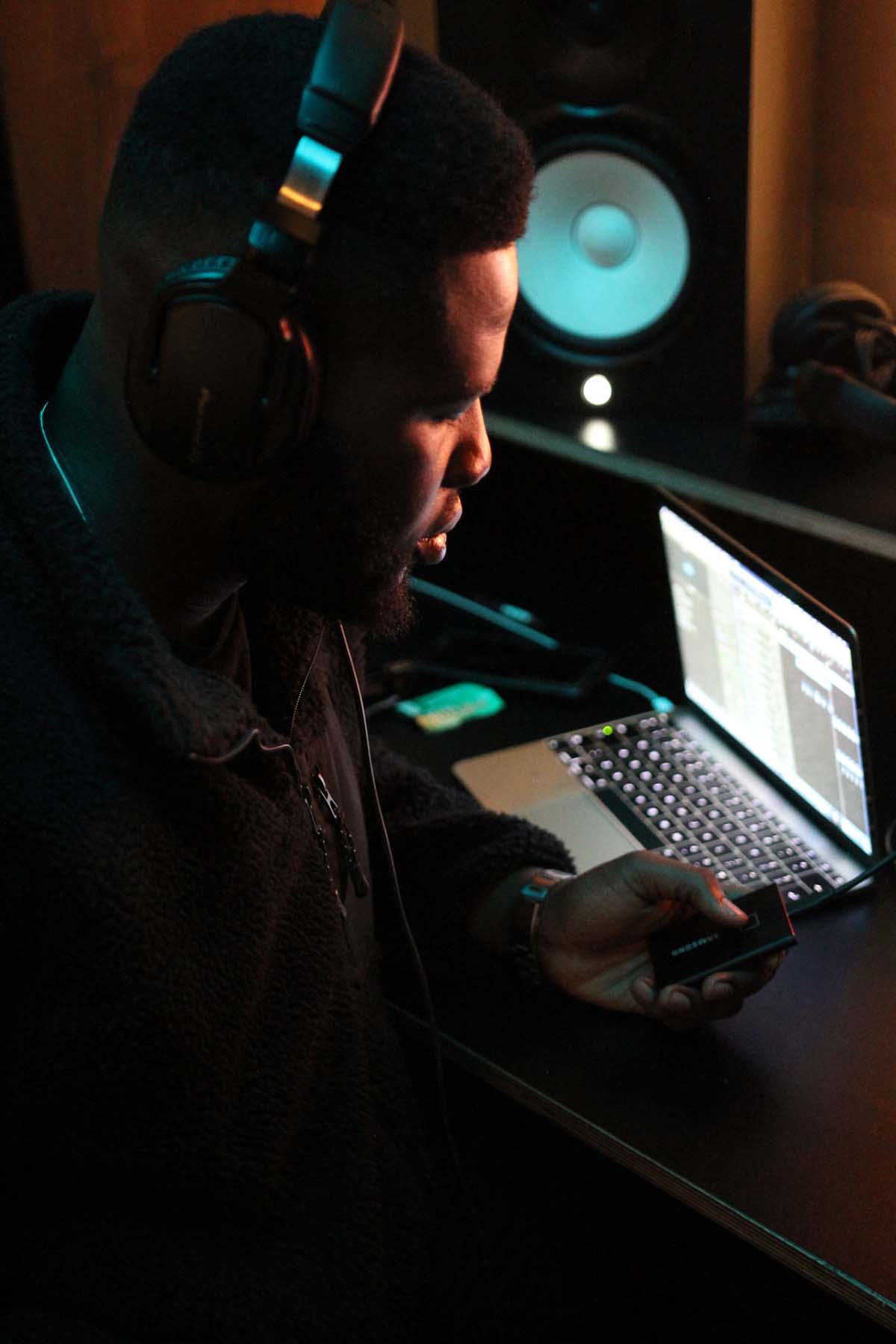 Sukami certainly isn’t alone in being impressed by the portable drive’s express transferring. Maximum read speeds of 1050MB/s and write speeds of 1000MB/s offer performance up to 9.5x faster than an external HDD.

Of course, this doesn’t just facilitate more efficient movement of files. There’s an expanded range of viable shooting methods, for a start.

“We use cinema cameras for this type of work and love the potential of the Raw recording workflow, with the control it offers over the final image. We can manage the look exactly the way we want, but it can be more time-consuming. Time that the Samsung Portable SSD T7 Touch gave back to us on this shoot.”

On the post-production side, it is every bit as enabling. Sukami and his team carried footage all the way through from the set to the edit – but removing steps didn’t mean compromising.

“We had a mixture of files. Some were recorded directly and others relocated from memory cards, but they all ended up organised for editing. This was in part due to transfer speeds, but also because of how well it functioned as a scratch disk to edit from. It really is a dream to have an external storage device that works so seamlessly – without experiencing any lag or downtime. 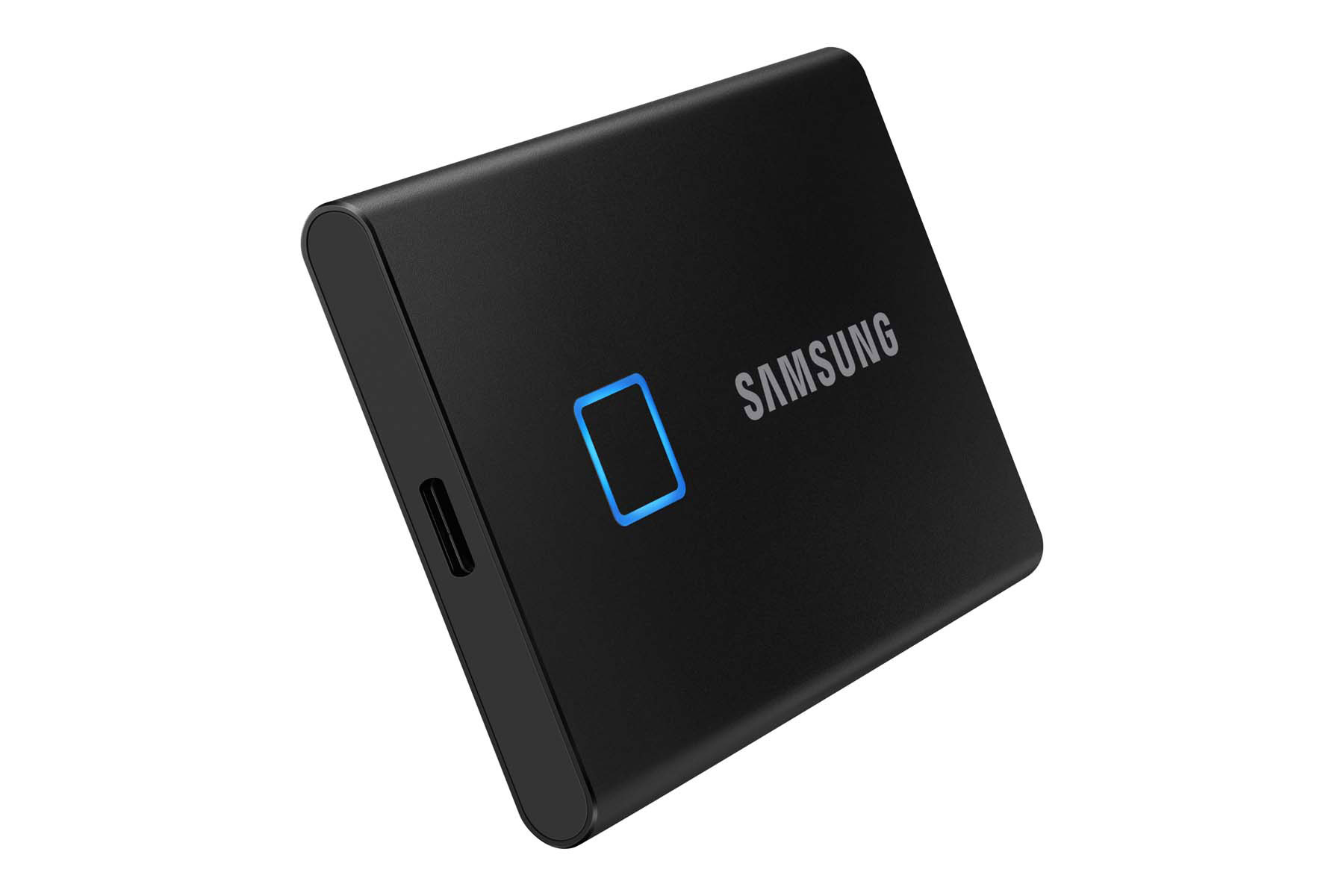 In addition to the fingerprint scanner, a surrounding blue LED square intuitively informs the user of the drive’s status

“The size of the portable drive was a great benefit during the edit,” Sukami continues. “It just sat on the desk, not demanding a lot of space like larger SSDs we’ve used. And, of course, its size makes it very easy to take to set or physically share with clients, too.”

In fact, the Samsung Portable SSD T7 Touch retains a weight of just 58g, despite some powerful internal tech. At roughly the dimensions of a credit card, it’s a seamless addition to any kitbag.

Although its capabilities weren’t required on this small, close-knit shoot, Sukami is excited by the prospect of innovative, touch-operated AES 256-bit encryption, as he moves on to upcoming commercial projects.

“You only have to look at the collaborative nature of filmmaking to understand what a great idea it is,” he enthuses. “Many of our projects include sensitive information, so security goes a long way, and accessing it via fingerprint just makes sense. It gives us peace of mind and offers the same to our clients.

“Four fingerprint slots also ensure you know who is accessing footage – even from within a surrounding crew. Everyone in the film industry has had instances of accidentally corrupting or deleting files. Avoiding those tough lessons is difficult, but that’s what you’re looking at here. You can password protect the device, too.”

So far, Sukami’s time using the portable drive has been kept short – but that’s exactly how he likes it.

“As business owners, we’re trying to help our teams be as productive as possible. The more efficient your team, the happier your clients, the better your long term business,” he quips. “The Samsung Portable SSD T7 Touch has simply made our entire workflow smoother.

“I strive for the best results, on client work or passion projects. A tool that pushes process forward can’t be overstated.” 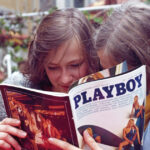 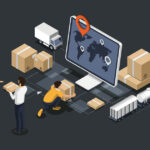 When it comes to filming equipment, cameras and lenses usually get top billing –...

The tech accelerating 6K and 8K workflows, from capture to delivery
Read Here