Paradise FX see it’s use for all types of untethered camera work, including handheld, Steadicam and studio applications, with special attention to metadata handling, crucial to VFX-oriented 3D production.

When provided as part of a production service package from Paradise FX they claim that HELIOS reduces the technological and crewing footprints of 3D stereo cinematography, bringing them into line with 2D production practices.

HELIOS is manufactured from rigid, lightweight magnesium and aluminium alloy. It is currently designed for use with RED EPIC cameras, with future support for ARRI Alexa M and Sony F3 cameras. It is offered with a range of matched lens pairs, including ARRI Ultra Primes and Angenieux Compact Zooms.

HELIOS’ self-balancing design means that interaxial convergence controls move out from the center of the rig, preventing a weight shift from affecting the Steadicam operator’s performance.

For cinematographers, a unique design advantage of HELIOS is its ability to quickly adapt from one camera configuration to another, between tripod, dolly or crane, to handheld or inverted shooting modes, saving time and money.

Outfitted with RED Epic cameras, HELIOS claims the smallest package for a 35mm chip, and shooting allowing up to 96fps at 5K and 300fps at 2K. 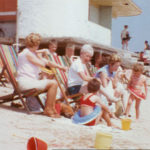 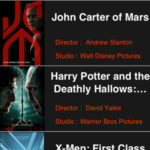