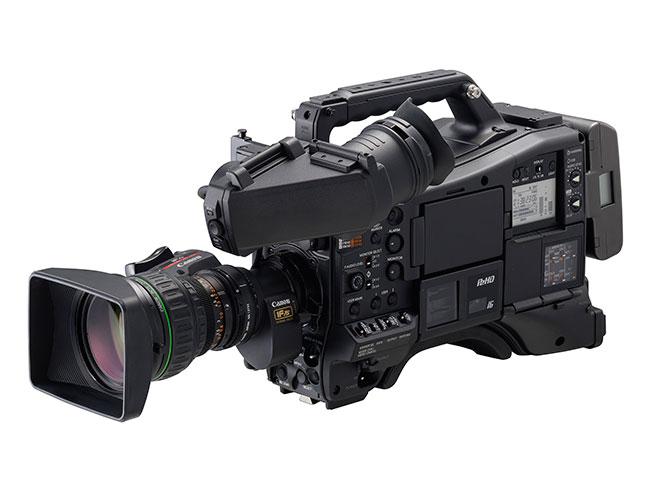 NAB 2013: Panasonic Upgrade One Of The World’s Most Popular Cameras With High Frames Rates And High End Codecs

One of the longest running camera series – VariCam now in its third guise.

Panasonic showed the latest version of their legendary VariCam camcorder at NAB. But also the company’s first 4K product, a new 31in LCD production monitor with native 4K resolution for 4K/2K/HD cinema production. The recently announced AJ-PX5000G and AJ-PD500, the company’s first P2 HD camcorder and recorder with native AVC-ULTRA recording and built-in microP2 card slots, are also being shown for the first time at NAB.

The BT-4LH310 (pictured over the page) is a 31-inch 4096 x 2160 resolution LCD monitor for much needed 4K/2K monitoring in the field, including use in a video village for live viewing of 4K cameras and devices with I/Os as well as for viewing of dailies. The 4LH310’s 4K 10-bit IPS panel affords native 4K resolution (more than four times that of full HD), a wide viewing angle, and faithful reproduction of up to 1.07 billion colours. Equipped with a production-tough aluminium frame, the BT-4LH310 features multiple professional inputs (including HD-SDI, 3G-SDI and HDMI); true colour processing with a 3D look-up table (LUT); HD/SD closed captioning; 28V DC operation for field use; and an eco-friendly panel with mercury-free LED backlight. In addition to 4K, the 4LH310 is ideal for 2K and HD resolutions, meaning it can be used for all types of cinema production and post production. The BT-4LH310 will be available in autumn 2013, with pricing to be announced.

The 2/3 type, 2.2M 3-MOS AJ-PX5000G combines superb image production, light weight and innovative expandability. The camcorder features 720p and 1080p/i recording, and is the first P2 camcorder that will record in full-resolution, 10-bit 1080/60p (in AVC-Intra Class100). AVC-LongG is standard. The PX5000G will offer optional AVC-Intra Class200 recording, which at twice the bit rate per frame of AVC-Intra Class100 is visually lossless, delivering a master quality codec in an affordable, file-based shoulder-mount camera. High-resolution AVC-Proxy recording is likewise an option. The PX5000G will address applications in network news, documentary, high-end corporate and sports production, as well as the rental market. The AJ-PX5000G will be available in autumn 2013, with a suggested RRP of €25,000 excluding VAT.

The AJ-PD500 is the first P2 deck that will record in full-resolution, 10-bit 1080/60p (in AVC-Intra Class100). Its range of format choices (including AVC-LongG and AVC-Proxy as standard, and AVC-Intra Class200, DVCPRO HD/50/25 and DV, and AVCHD playback as options) and variety of professional I/Os make the PD500 ideal for implementations such as production, post-production, long-form documentaries, live event systems, satellite facilities, reality television, news trucks, and as a redundant playback/record device in news facilities. The AJ-PD500 will be available in autumn 2013, with a suggested RRP of under EURO 13,000 excluding VAT. 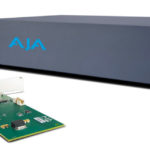 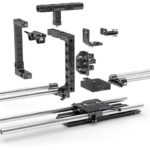