Posted on Apr 6, 2013 by Definition Magazine

Fairlight’s 4K Pyxis has an impressive spec and can be synched for 8k video walls.

Fairlight is the chameleon of the media industry. Mutating from music, to audio editing and now to video recording device. But it is 4k so our ears pricked up.

It looks the Pyxis has recognisable pro interfaces like a built-in 7” touch-screen display and Jog/Shuttle and deck control functions.

The 4K Recording is compressed or uncompressed in SD, HD, 2K and 4K Ultra High Definition. As you would expect audio is stellar with up to 96 Audio channels at 48K/24bit resolution simultaneously. 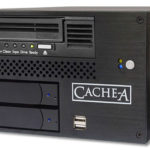 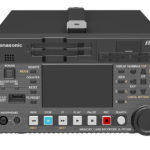