Mamba FX Standalone Compositor Could Be A Bargain At Only €239

Mamba FX is a node based compositing package from SGO, developers of the Mistika Post Production System.  Mamba is being positioned as a high-end compositing tool to meet all requirements – from the creative indie market through to major TV and Film studio productions.

Running on a standard Windows PC with Nvidia GPU the best part for many will be the price – just €239 (Euro).

Mamba FX provides an entire visual effects suite, comprising keying, tracking, painting and restoration. Composits can be constructed and reviewed either directly in real-time or processed at speed thanks to SGO’s long experience of super-charging their algorithms through highly efficient GPU programming.

The Mamba FX file structure is completely open, which allows it to be integrated into an existing workflow alongside other systems or used independently to complete VFX shots in their entirety.

As you would expect composites generated in Mamba FX integrate with Mistika. This enables workflow solutions to be built around Mistika as the hub of the production process. Conforming, high-end finishing, grading and client review facilities can be performed by Mistika while numerous low-cost Mamba FX systems share the same centralised storage and file system for a fully integrated Post-VFX-Grade-Delivery pipeline.

You can download the software right now directly from the

SGO shop via this link 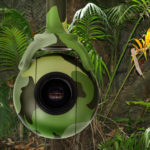 Remote Cameras On 'I'm a Celebrity...Get Me Out of Here!'

Digital Film Tools Break Out Of Their Facility 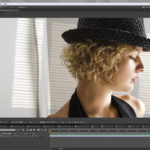