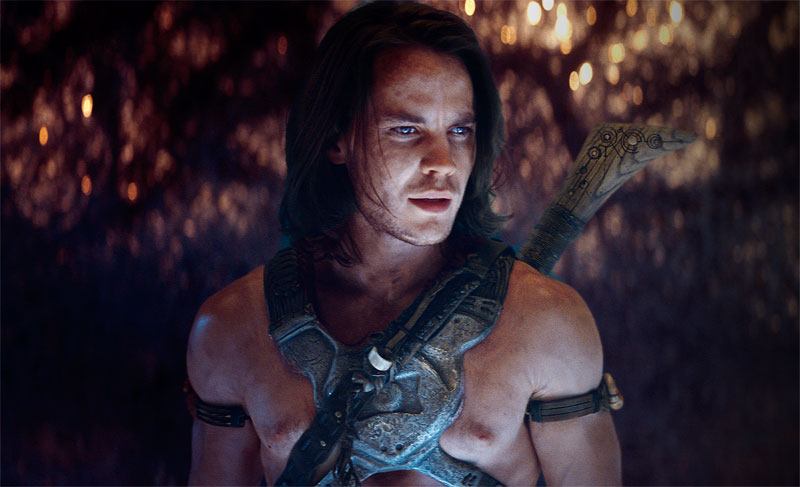 Creating The World Of John Carter

It may turn out to be one of the biggest box office disasters of all time but the VFX is gloriousCinesite, one of the world’s leading film visual effects houses, has completed over 800 visual effects shots and converted over 87 minutes into 3D for Disney’s John Carter, which was released in cinemas last week. Cinesite created the majority of the film’s environments, including the opposing cities of Zodanga and Helium, and the Thern Sanctuary, as well as a big air battle and full-screen CG digi-doubles of John Carter and Princess Dejah. The environments were populated with CG crowds and hundreds of CG props.

For the travelling city of Zodanga, Jon Neill and his team created the mile-long myriapod-like rusty metal tanker that roams the surface of Mars extracting the vital fuel element ‘radium’. Cinesite populated the city with an arsenal of warships and troops, before furnishing it with more than 200 CG props. The city was heavily textured to give it an industrial look and feel, and a sense of scale needed to be cleverly depicted to give the audience the full experience of a huge moving city. Timed animation caches were used to ensure the 674 digital legs moved randomly. The team also had to scale up and efficiently manage Cinesite’s render farm to cope with the challenge of rendering two-billion-polygon shots with up to 20,000 objects.

Christian Irles oversaw Princess Dejah’s city, Helium, which houses the Palace of Light. Seen from various angles and used as the backdrop for the final battle sequence, Helium has a clean and elegant look and feel. The team created a matte painting of the outside of the city and, using photogrammetry projections, built up the terrain using high-res stills taken on location in Utah. For the Palace of Light, dubbed by Stanton as ‘the jewel of the city’, the team modelled the exterior as a full CG building and digitally extended the live-action set to create the interior and the illusion of the palace scaling up to hundreds of feet. The cathedral-like structure has solid vertical ribs supporting glass feather-like wall panels. Dealing with a glass structure in a moonlit scene presented a huge challenge for shaders, reflections and refractions.

Ben Shepherd supervised the huge aerial battle between Zodanga and Helium. His team created each side’s airships, which use solar wings to travel on light, as well as explosions, cannon fire, digital people, a CG Thark City environment and set extensions based on photogrammetry. The giant airships are seen at close proximity so the detailing needed to be precise. The challenge was to achieve the desired look, which was a 19th Century-style sailing ship to reflect the time the novels were written, while giving them a modern twist with the use of solar wings. Each of the solar wings was covered in hundreds of tiles which were individually animated to create a shimmering effect as the airships fly through the sky.

Simon Stanley-Clamp led Cinesite’s work on Thern, the mysterious power controlled by the Thern priesthood which appears in various guises throughout the film. Briefed by Stanton to create something ‘that has never been seen before’, the initial challenge was defining what the effect would look like. The Thern effect system was built using a combination of Maya, Houdini and in-house software. Based on the principles of nanotechnology, it provided a semi-automated way to ‘grow’ Thern into any environment and geometry. It took a full year of development time to evolve and bring to the big screen. Thern’s most impactful state is in the Thern Sanctuary, a huge cavern where its scale, depth and complexity can be fully appreciated by the audience in 3D.

For the stereo conversion Cinesite hired one of the industry’s most respected stereographers, Scott Willman and built a new pipeline based on Nuke and proprietary tools. Scott’s team meticulously rotoscoped and rotomotioned each object in every shot to achieve the highest possible 3D quality.

“Working on John Carter has been an epic journey for us,” said Antony Hunt, managing director of Cinesite. “We’ve pushed our creative ability to a new limit with outstanding visual effects, and our pipelines have been well and truly put to the test. John Carter is our first full stereo conversion of a feature film and the feedback we’ve had from Andrew and Disney on the conversion quality has been fantastic.” 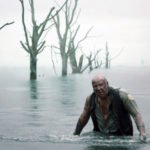 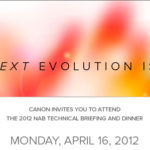