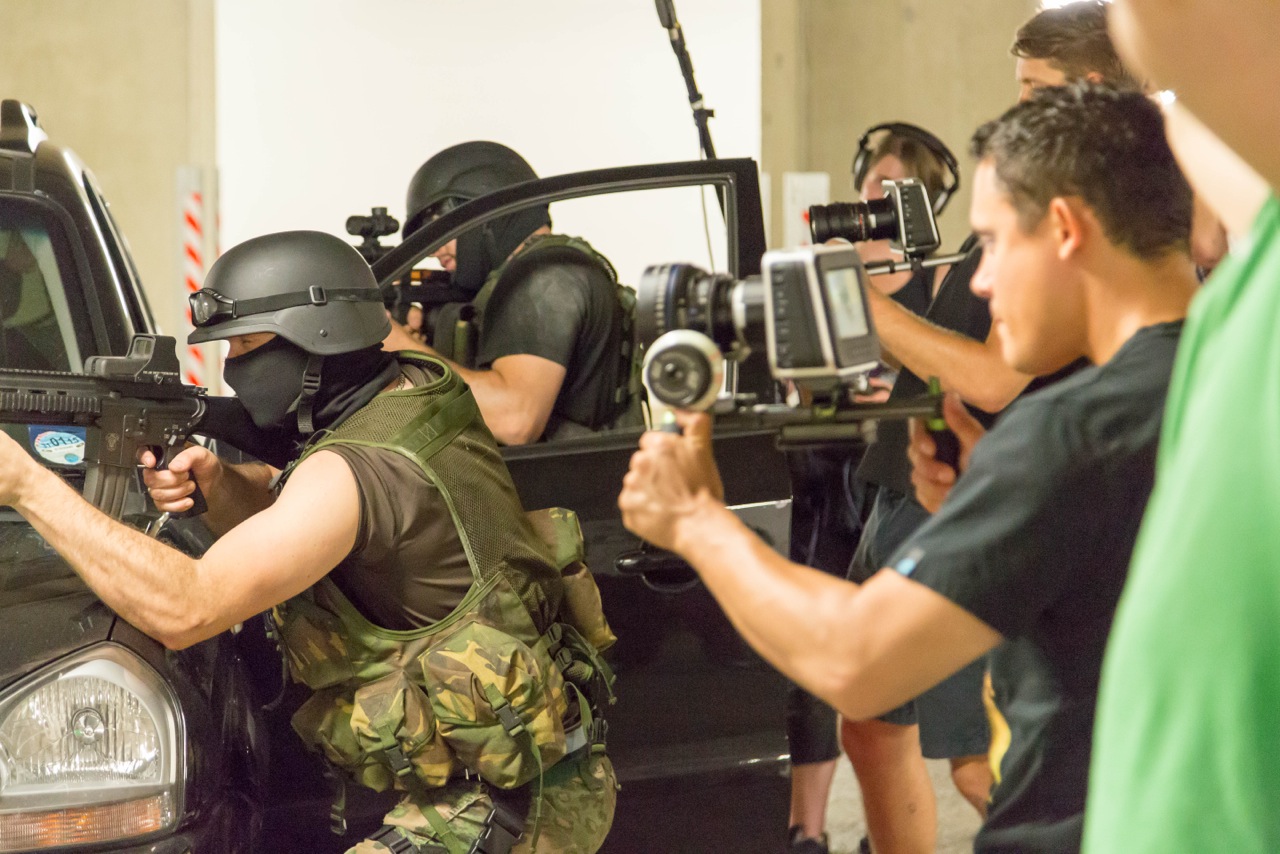 SYNC is set in the not too distant future of 2025

Known for his high-concept SciFi thrillers, Hasraf (HaZ) Dulull returns with his most ambitious short film project to date,

The film is set in the not too distant future of 2025, where data courier robots (Syncs) transport your data from one location to another, doing ‘whatever’ it takes to get it there securely and fast.

Written, directed and produced by HaZ, a visual effects Supervisor (with credits as VFX Artist on films such as The Dark Knight and Prince of Persia) turned filmmaker approached director of photography Adam Batchelor to lens SYNC, who shot the short with Blackmagic Design cameras. Adam reveals how the narrative evolved and explains why the duo choose to break with conventional wisdom by shooting a proof of concept that leaves audiences hungry for more.

“The evolution of this production is quite interesting. It began life as any short film narrative might, where things are setup and your narrative leads to a resolution. However, the idea of a self contained short, where we tie up the stories end, became too cumbersome. Instead we focused on a small timeline within the film, giving viewers a glimpse of a much larger world.

Firing up the Imagination

“Our big breakthrough was a scene inspired by the TED talks, where a scientist presents to a packed auditorium. A lot of the exposition in this short is laid out in these scenes. As a device, that really opened up the scope of the world HaZ wanted to build and helped to create intrigue.”

“When you watch SYNC and compare it with HaZ’s previous work you see a definite progression. Project Kronos (above), which landed HaZ his first feature film development deal in Hollywood, is a visual effects (VFX) piece centered on a series of talking heads speaking after the fact. SYNC is about creating an in-camera piece, and it was from a conversation with HaZ about that ambition that led to us teaming up.”

“Take the TED like sequence. Our original plan had been to shoot the scientist speaking in a small room and then composite visuals into the background and cut to stock footage of a packed auditorium. Instead, we filled an actual auditorium with extras, thanks to our production manager who pulled a lot of strings to make that happen, and filmed the whole thing on camera, and that is probably some of the best footage we now have because it has a sense of scale that would have been missing had we tried to create it with tricks.”

“HaZ is known to have a knack for putting together these amazing looking mood boards, which really helped to establish a look up front. As well as immediately providing a visual key for studio executives, these served as a focal point for our weekend production meetings. I could then carry out pre production camera tests, come home and apply a quick grade for HaZ to review. This allowed us to very quickly establish whether I was getting close to what we wanted in terms of the look.

“With the set of Zeiss CP.2 lenses that we had our disposal, our primary cameras on this shoot were two Blackmagic Cinema Cameras. We were particularly impressed with the picture quality and dynamic range of the camera’s sensor. It gives you such a sharp image, with plenty of detail, and yet the gradient from light to shadow, and the way the colours work together is much more filmic. In my opinion, Blackmagic offers probably one of the most cinematic looking images in a digital cinema camera currently available today.”

“We supplemented our primary cameras with a Pocket Cinema Camera and two Blackmagic Production Camera 4Ks. The latter meant we could shoot SYNC’s action scenes in the way HaZ had intended. He’d been very clear that he wanted to create a sense of frenetic energy in places, which we achieved by going handheld and doing things like whip pans. We also simulated the hard bursts of light and shadow the muzzle flash of a gun creates by using a high speed camera flash. All of these things would have looked terrible without a global shutter.”

“On set we had a DIT who handled offloading and running dual backups of all the rushes from the day. We chose to shoot the majority of the film in ProRes HQ, this was due to a number of factors,” reveals Batchelor. “Firstly, our aim was to get as close to our final look as possible in camera, removing the need for heavy correction and grading in post. We found ProRes HQ gave us more than enough information to play with. Secondly, we did not have the resources to cope with the high volumes of data that shooting RAW would have created. Offloading all that data would have a real impact on how fast we were able to work.”

He continues: “How close we go to the look on the mood boards really did depend on how much time we had and what lighting was available each day. There were some scenes where I had the lights, and I had the time, and so I was able to light a scene exactly the way I wanted it. But at the same time it was a self funded film, so real guerrilla filmmaking, and we didn’t always have the luxury of finessing the look on set.

“Anything that involved VFX was shot in RAW. There is a sequence for example where we shot VFX plates of the Sync on a motorbike. The detail in the RAW rushes allowed HaZ to generate the mattes and keys required for color correction so that he could pull out the detail needed for keying, rotoscoping and tracking,” concludes Batchelor. “A lot of creative looks go into a VFX shot, so to have that dynamic range at the creative stage was really, really useful.” 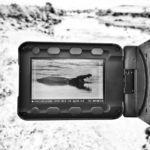 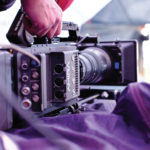