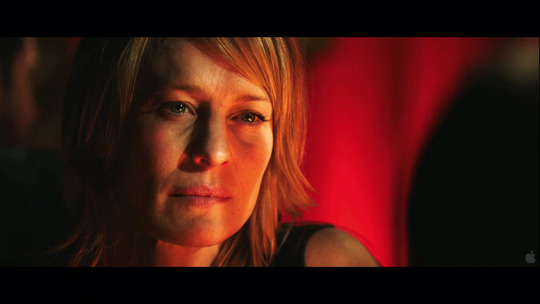 Rampart was one of the first movies to record 4:4:4 colour space direct to SxS cards on-board the Arri ALEXA.

Rampart is a new movie shot in LA on the Arri ALEXA camera straight to on board SxS cards in ProRes 4:4:4. DP Bobby Bukowski used the freedom of not having a tethered recorder to his advantage to accentuate the style he wanted.

Rampart is an intense new feature film about an arrogant, macho cop on an emotional downward spiral. The script was written by James Ellroy and director Oren Moverman, who re-teams with cinematographer Bobby Bukowski. The director/DP duo previously collaborated on The Messenger, a highly regarded indie that earned two Oscar nominations in 2010.

At first, the characters of Rampart are depicted in strong, unforgiving light, even in close-up. Then, Harrelson’s character, Officer Dave Brown, slowly loses his grip as the story progresses. Bukowski and Moverman visually expressed this descent with images that show him in partial and broken reflections. By the end of the film, Brown is an almost ghost-like, fleeting presence on the screen.

The Rampart team turned to LA’s FotoKem early in the creative process to establish the right workflow. “The people at FotoKem are very concerned with giving me exactly what I need,” says Bukowski. “They’re watching my back.”

“Long before we were shooting anything on the set, we were doing copious testing on the look. Oren and I were mining for the right process. The DI expertise and tools at FotoKem were very valuable throughout in rendering our vision as artists on this film.”

Moverman and Bukowski devised a shooting style that featured available light, extensive handheld work and an ‘on-the-fly’ approach with little blocking and rehearsal.

When Moverman expressed interest in shooting on the ARRI Alexa, FotoKem devised technical solutions that made that camera fit perfectly with the filmmakers’ approach. The SxS-to-ProRes 4:4:4 approach uses a card-slot module on the side of the camera, leaving the camera operator-in this case, Bukowski, free to follow the action without worrying about cables.

“This was one of the first; if not the first; feature films to use the SxS module to shoot directly to ProRes 4:4:4:4 files,” notes FotoKem Vice President Mike Brodersen. “We did quality tests that showed the format holds up beautifully with no obvious compression issues. The images are recorded in Log C, which allows the full dynamic range of the Alexa to be captured even on relatively ‘lightweight’ media. The ease of media management and the lighter files, without the need for a big recorder or tethering, was important to Bobby in this case.”

Bukowski confirms that the freedom this setup allowed him was crucial. “With Oren, if we’re in a house, virtually the entire house is fair game in terms of action area,” the cinematographer describes. “The thought of being cabled to yet another device was prohibitive for us. We were very glad when we saw the tests, which showed that SxS and ProRes could give us exactly what we needed, without compromise.”

The SxS cards were downloaded on set, where the digital imaging technician used a Truelight system to create looks using various LUTs. Those LUTs were then sent to FotoKem with the rest of the media, including audio. FotoKem would apply the LUTs as a colour grade and check the images against the reference images provided by the productions. Once the images were colour graded, FotoKem created dailies and the Avid media for editorial. The dailies were sent to the production’s editorial offices in New York over FotoKem’s globalDATA media delivery platform.

FotoKem’s nextLAB system was designed and developed in-house to streamline dailies and data management. “We don’t want to lock people into a rigid way of working,” adds Brodersen. “Each project is a little different. We designed nextLAB to be adaptable to each production’s needs.”

For the digital intermediate, Moverman and Bukowski fine-tuned images that depicted Los Angeles light as ‘assaultive and corrosive’. The look featured highlights that were almost peaking, strong contrast, and deep blacks.

“The DI was a major tool in rendering our vision as artists on this film,” says Bukowski. “If I asked Oren if I should push the highlights brighter, or make the blacks blacker, his answer was always yes. The colours are quite saturated and the highlights are often at the point of peaking. The blacks are completely black, sometimes with no detail.”

FotoKem DI colourist Walter Volpatto went back to the original files and metadata, and pulled takes from the EDLs from editorial. The log files were pulled into their Quantel Pablo system for colour correction. “This was the first feature film we did with the new version of the software,” says Volpatto. “That accelerated the whole process. Most of the operations are completed in real time. There’s no more waiting for the machine.”

After the DI, DCP copies were created and film prints made to match the final look. “We deliver all the necessary masters, the film print, the DCP, the HD, through one colour correction,” Volpatto explains. “This gives the director of photography confidence that their intended photography will be maintained throughout all deliverables.”

Co-producer Luca Borghese appreciated the smoothness of the workflow. “The Alexa workflow that FotoKem has devised was far more elegant than the other labs that were bidding on the project.

“Because of the media management system that FotoKem has set up they were able to complete the online of the project in three days,” Borghese says. “We were fully conformed less than a week after picture lock. Starting from nothing, that’s pretty impressive. 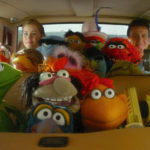