Canon To Show A Working 8K Camera Prototype at NAB 2016

Posted on Apr 8, 2016 by Definition Magazine

A mock-up of a possible Canon 8K camera.

Canon has confirmed that they will be showing a working 8K prototype camera at the forthcoming NAB trade fair in Las Vegas and also showing the content on new 8K displays.

There’s no more official information but that doesn’t stop us guessing. We’ve heard of a new Canon Box Cam, being flown around to 3rd party developers, about the same size as an ARRI Alexa, but said to be only loaded with a 4.5k sensor, recording UHD with 2x CF card slots. We’re not sure if this is the 8K that’ll be at the show, seems unlikely.

Canon did show a 8k camera last year, with 4x Odyssey recorders, so perhaps there is a small chance the new Canon Box Cam will record 4.5k onboard from a 6k or 8k chip, with 8k to outboard recorders? Or could it be 6k at 16:9 aspect with optional 8k at scope.

Canon will also be bringing its 8K Ride Experience to NAB. First introduced at the Canon Expo this past September in New York, The 8K Ride Experience projects video on large screens surrounding viewers to give them a unique sense of movement while sitting or standing still. By experiencing such high resolution imagery from all angles, the technology can simulate a physical journey often sparking a physical and emotional reaction.

Also on display will be a prototype 4K Projector capable of covering up to 100 percent of the DCI colour space. 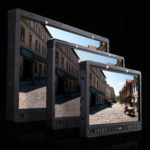 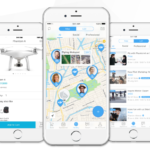