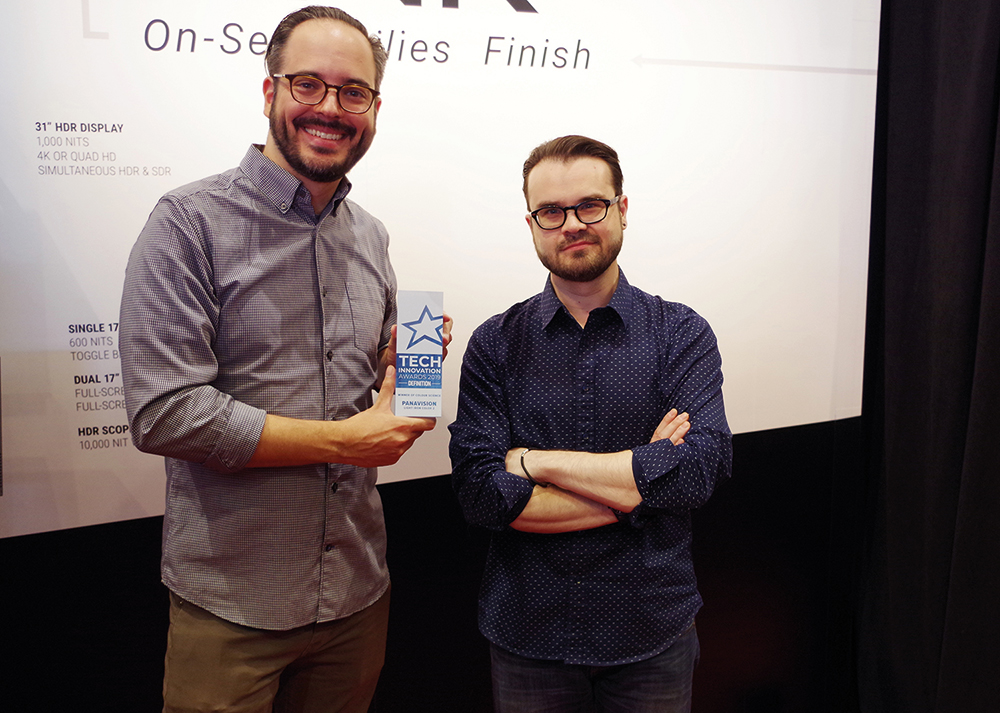 Michael Cioni is in an enviable position of picking the technologies he wants to work in and having the force of personality to see that he could benefit that technology with his experience.

Recently, he has joined Frame.io, one of the world’s leading video review and collaboration platforms, used by over one million filmmakers and media professionals. He has joined as global senior vice-president of innovation.

Cioni, one of the industry’s most prominent production and post workflow experts, joins Frame.io from international camera company Panavision, where, in a similar role, he spearheaded numerous breakthrough products and workflows, including the Millennium DXL 8K large format camera system.

At Frame.io, Cioni will lead a new LA-based division focused on the continued investment into cloud-enabled workflows for motion picture and television –specifically, automated camera-to-cutting room technology. “Frame.io is not only looking to strengthen today’s use of the cloud, we’re also driving increased creative control by reducing the time it takes for media to reach editors in off-site cutting rooms,” says Cioni.

“The professional filmmaking process is going through the largest functional change since the shift from analogue to digital,” says Frame.io CEO, Emery Wells. “While cloud-based technologies are already transforming every industry, we understand moving more of the filmmaking process to the cloud presents several unique challenges: security, file sizes and scale. Since day one, we have built Frame.io to solve the issues that we lived working in post-production.”

When it comes to security, Frame.io has responded to Hollywood’s unique needs by making it a cornerstone of the platform. “Frame.io has invested deeply in security so that customers experience safe, documented and trustworthy cloud accessibility of their highest-value media,” says Cioni.

Additionally, “Hollywood’s attention to image quality, archiving and future-proofing are all core aspects of the Frame.io platform,” says Cioni. “Emery and I both know what it means to work with large creative teams, so at Frame.io we are developing a totally new direct camera-to-cutting room collaboration experience.”

Frame.io has been 100% cloud-based since day one. “We started seeding new workflows around dailies, collaborative review and real-time integration with NLEs for parallel work and approvals. Now, with Michael, we’re building Frame.io for the new frontier of cloud-enabled professional workflows,” Wells says. “Frame.io will leverage machine learning and a combination of software and hardware in a way that will truly revolutionise collaboration.”

So, we will be online with a higher bandwidth and not rely on Wi-Fi, but 5G through satellite

With Cioni, Frame.io’s vision for the next generation of professional cinema workflows will be completely anchored in cloud-based technologies. “A robust camera-to-cloud approach means filmmakers will have greater access to their work, greater control of their content and greater speed with which to make key decisions,” says Cioni. “Our new roadmap will dramatically reduce the time it takes to get original camera negative into the hands of editors. Directors, cinematographers, post-houses, DITs and editors will all be able to work with recorded images in real time, regardless of location.”

As the lines between production and post-production continue to blur, this move uniquely positions Frame.io to respond to the pervasive need for global studios and creatives to collaborate without geographic boundaries or borders.

Working on set and using transfer solutions like Frame.io means that relationships with telecoms companies need to be nurtured, and that is one of Cioni’s immediate intentions. “Relationships between Hollywood and the telecoms industry are limited to email at the moment.” He continues: “It’s just general communication between each other. We’ve mostly relied on Wi-Fi for the actual visual elements of collaboration. People get on a Wi-Fi network, they watch rough cuts, they screen, they do remote colour correction sessions. But we’re going to be able to bypass Wi-Fi, we won’t be limited by Wi-Fi hotspots. People ask me what happens if I’m shooting in an area that has no Wi-Fi. The answer is that in a few years Wi-Fi will essentially go away and the 5G network is going to be global, because it’s going to be satellite fed.”

He explains: “Unlike previous technologies that run on a single band, Wi-Fi is great if you’re within 100ft of it, because it’s single band designed to do that. 5G runs on multi-bands, so it can be small as in 100ft radius, but also be many, many miles away, as it can run on larger amplitude wavelengths, so it can be transmitted from longer distances such as space. That’s a new concept.

“So, we will be online with a higher bandwidth and not rely on Wi-Fi. There’s one more element to that as well. What if you’re filming underground and the satellite can’t see you and you simply can’t have that connection? Well, when I was on the subway the other day, I was writing an email and, without a signal, you don’t have to babysit that. Your phone will just hold on to it until it finds the network and pushes it automatically.”

He continues: “Our camera-to-cloud solution works the same way, in fact there’s a tool at Frame.io right now called Watch Folder. It’s not a very sexy tool, but people who are using it are blown away, because it’s a way to transmit files to Frame.io. Its robustness means you could shut your computer down, you could open it, you could restart it, but the Watch Folder is so good it will pick up where it left off perfectly.” Cioni concludes: “This is a great architecture for a camera-to-cloud service.” 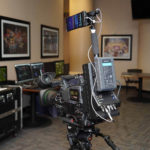