With this update you get an industry standard master codec, longer recording times, lower media storage costs and no transcoding or clumsy transfer to Avid Media Composer editing systems. All media is recorded in MXF format.

HyperDeck Studio still includes support for uncompressed 10 bit video, now you choose between uncompressed or DNxHD formats. DNxHD recording allows longer record durations from the same size Solid State Disk (SSD), and even  the smallest size 64 GB disk that has a record duration of six minutes uncompressed can record for more than 40 minutes when used with DNxHD compressed video. This reduces the cost of using SSDs to a little more than $2 per minute, which is much lower cost than other high end videotape formats, while customers have the added benefit that the SSD can be mounted on their computer desktop for editing direct from the SSD itself.

“This is a very exciting update because it allows much longer recording duration on customers disks, and DNxHD is one of the most common high end broadcast file formats, so quality is not compromised!” said Grant Petty, CEO of Blackmagic Design. “Now customers get great 10 bit quality and in the MXF format that allows all files to be loaded into Avid Media Composer without any import processing. That’s the fastest and most efficient workflow possible, vitally important in fast moving broadcast stations.” 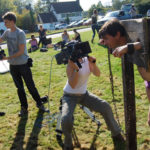 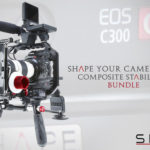