Captain America in Avengers: Age of Ultron. DP Ben Davis use of Blackmagic Pocket Cameras as crash cams was inspired by the movie Rush, shot by Anthony Dod-Mantle.

Marvel’s Avengers: Age of Ultron, helmed by Joss Whedon and lensed by British cinematographer Ben Davis (Guardians of the Galaxy), has grossed more than $900 million in box offices worldwide. Whilst Davis is no stranger to the world of Marvel, this was his first time working with Whedon. We find out more about that experience and talk to Davis about some of his camera choices on the latest offering from Marvel.

“He’s a delight to work with,” reveals Davis. “I relish the experience of working with writer / directors because they have a particularly strong understanding of their material. Remember, by the time it gets to production they may have been living with those words, in some instances, for several years and so they have a very strong idea of how they want it to look, particularly someone as experienced as Joss.”

The original Avengers film was shot in digital and all of Marvel’s previous work has been a digital workflow, explains Davis. “It seemed the right choice at the time for what we wanted to achieve. I’ve shot a lot of features on film and just as many on digital, and I believe you have to make the decision that is right for the project. In this instance, shooting digitally was right.”

“Now, the visual language of the second Avengers film differs, I feel, quite significantly from the first film, and in fact this is one of the first discussions Joss and I had. The first was about a coming together whilst the sequel is about a coming apart, which is reflected in the tone of the script. The narrative of the film is much darker and more menacing so the visual approach had to be grittier, darker, and more earthbound.”

Marvel’s highly anticipated follow up to “The Avengers” features a lot of action sequences and so Davis required a small robust camera package to fill out the main unit and second unit kit requirements. “I was a big fan of the work Anthony Dod-Mantle had done with smaller cameras on Rush, particularly in mounting them in unusual places. I decided to get one of Blackmagic’s Pocket Cinema Cameras on the suggestion of a DIT friend. We really put it through its paces during testing; I wanted to not only see how good the image was, but also how much information it held in the shadows and highlights. I was really impressed with what I saw, and that was the fundamental thing we were looking for.”

Suddenly I had in my hands a small camera that not only output RAW, but it also had a latitude that was getting up to and around the level of high-end digital cinema film cameras. What I found it akin to was shooting 35mm and then placing 16mm cameras around to capture all of the action shots. And, not only could we use interchangeable lenses, we also had greater control over the lens focus and aperture.”

There are two major battle sequences during the film, the first is at the beginning and the second features in the third act, and Davis wanted these to be shot as a war correspondent might cover news in a conflict zone. “What we needed was a lightweight camera that we could then distribute around the set during fight sequences that would give us more than 12 frames of good quality HD material that would match with our main camera package.”

“For this we used eight Pocket Cinema Cameras, which we then mounted to impact points around the set. Say for example a truck was being blown up and thrown through the air and we wanted to capture that landing on top of a car, we would put one in a small metal housing and fix it inside the car. They were essentially in the line of fire, though we weren’t that frivolous with them and we never lost one as a result. Personally, I am not a fan of destroying cameras for the sake of the shot. I hate the idea of destroying any equipment!”

“We also rigged them to the sides of tanks in some of the scenes, and also on the motorbike driven by Scarlett Johansson during a chase sequence. In the film’s final act, the Avenger Quinjet does a low flying strafing run across Thor and Captain America. “I basically took one of the stripped-down Pocket Cameras, put on a wide-angle lens and put it on the ground, set the camera angle with it and let it go. It got thrown up 10 feet in the air, but it was absolutely fine.”

Davis concludes: “When I got these in I thought they would be a nice to have, however I ended up using these far more than I ever thought we would. The appealing thing about this camera is its size to quality ratio.” 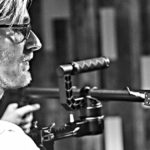 Hocus announces the Smart Roller for Steadicam, Freefly’s MōVI, and other camera stabilisers

GoPro Goes Back To Basics With New Entry Level Camera 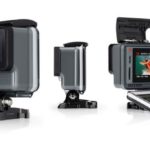