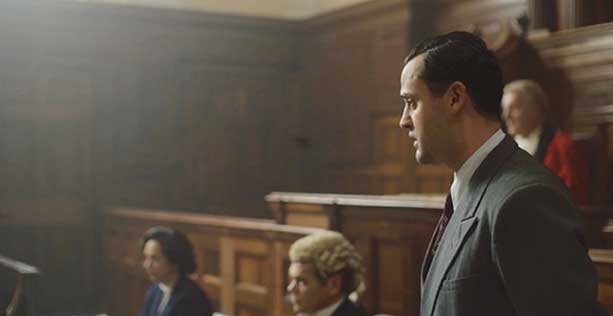 Against The Law – Lighting on a budget

Johann Perry is a vastly experienced documentary DOP who is shooting his first drama feature. Due to budget the lighting design was one of subtraction not addition

The LED light revolution shows no sign of dimming. Skilled DOPs like Johann Perry are able to drastically reduce the number of fixtures and still create a narrative mood that enhances the story. But for the BBC drama Against The Law it was the lack of budget that forced his hand. As a experiment in lighting to a budget the challenge was a steep one.

Johann comes from documentary, but it still surprised him just how much control is available with the new generation of LED lights. This is his first feature length drama, but ironically he used to work on features and drama as a focus puller in the nineties where you had a colossal amount of lighting. “DOPs would often have 100 fixtures or more at their disposal to get a similar look. I remember doing something called Bad Girls and I’m sure we had that many fixtures. I had eight lights in my budget but would often use as few as two in some scenes.

“I definitely thought in the back of my mind: how am I going to light this? But the control and output of these lights gives you huge flexibility to create your vision. In a way having such a restricted choice helps. It’s all about controlling every aspect of your image, such as designing a LUT from the start so you know exactly where you are on set; cameras are more sensitive and the lights are just completely controllable.”

Against The Law concentrates much of its drama in a courtroom scene, shot in Kingston Town Hall, a big space. There are also scenes in a prison cell and also evening scenes in a club with very subdued lighting. Here Johann analyses and explains his choices for the scenes in the cell and in the courtroom.

Analysis of a scene

Johann Perry bounced the SkyPanel into the jail cell to give daylight through the bars.

“You can see we had a very small lighting kit even though I had to light some large scenes. My method was really to create one large soft, strong source through a window, then I would sculpt the light in the room using negative fill with black floppies and bounce with muslin or add a little fill with a 600×600 Versatile or ARRI SkyPanel through some diffusion.

“Director Fergus O’Brien came to me last June; he is a documentary maker who I’ve worked with for years, but this was his first feature film and he was quite nervous about how he was going to go about it. The budget was a fraction of a normal BBC 90-minute drama as it had been commissioned through BBC Factual. There is some documentary testimony but the drama was all treated like a film. I spoke to the producer Scott Bassett who gave us the bad news that there wasn’t a lot of money, but they wanted to do a proper 1950s story of the imprisonment of a gay man. The government at the time were pursuing homosexual men using entrapment to imprison them. So how do you create a 1950s world on a tight budget?

Figure 1: the lighting set-up in the cell; behind the scenes.

“My first thought was, as it was the 1950s I should keep the tones muted, create a muddy, almost grubby texture to the image. This would help our lighting design which could only be low level due to our limited fixtures. Because we had a limited budget I sought the help of my gaffer, Rob White, who suggested ARRI M40s for our hard sources, an ARRI S120 SkyPanel, two 600×600 versatile LED panels for our soft sources and a set of tungsten Dedo 150s. We were going to have to use very soft sources and everything we used would have to be bounced off muslin or put through muslin to achieve a kind of grubby look. I’d use black floppies to eliminate unwanted light.

“We had a big courtroom scene to do with about 30 extras so we had a large area to light which had to be very controlled. The great thing with these new lights is that you have total control over your colour and output giving absolute precision across all your fixtures. They’re very soft lights but incredibly punchy so those combined with ARRI cameras means you can shoot everything at 800 ASA and have a huge amount of flexibility.”

Figure 2: the lighting set-up for the courtroom scenes; and behind the scenes.

See figure 1 (below) for Johann’s lighting design and a behind-the-scenes image (right). “You can see the SkyPanel, which is a very soft source and incredibly powerful. In fact it’s so bright that you have to bounce it off a sheet to give it a soft daylight feel in the cell through the bars. That light is your daylight source and you use muslin inside to bounce other light around to get the soft and muddy texture on the skin tones.

“Traditionally you would have used a hard source through the bars to get enough level, but the SkyPanel allows you the daylight texture without having to have a very large spotlight. So for me that’s transformed how you go about lighting a daylight scene. Inside the cell you have two small LED panels, which are dimmable down from 100 to 1% with no change in colour temperature. With traditional fixtures as you dim the lights, they’d get warmer so that’s now gone as a problem and you’re not having to gel which saves an enormous amount of time.

“I’d balance my ARRI camera at 5600K for daylight and 3200K for tungsten and introduce more warmth or coolness from the lighting fixtures. I’d also gone into Encore Post and designed a LUT beforehand. We’d already got this muddy look on camera so you’re working off the image you’re seeing on set and taking it all the way through to the online.

“The walls in the cell were quite dark so there was very little bounce anyway. On every set you start off with your main daylight source coming through a window. Then according to the script you start filling in with your other lights through muslin. You sculpt with these small lights inside the space once you’ve decided where you want to be with your daylight.

“At this point you’ve effectively only got four lamps. It’s a great discipline because you haven’t got anything extra so what you’re doing rather than adding all the time is pretty much a game of subtraction. If you had everything available you’d have plenty of different ways of lighting it. Without wanting to sound pretentious, you’re being more of a painter the way you work; every little bounce on the cheek or underneath the chin is part of the effect. There are three scenes in the cell; the main scenes are in the courtroom.”

“This is where I used my three ARRI M40s punched through sheets and then a smoke machine to fill the court with haze so you get a diffused depth in the room. You then use your SkyPanel punched through muslin again. You can see the shot through the monitor; it gave us quite a dramatic feel. You can see how simple the set-up is – the three bigger lights punched through a high window with the haze and then you’re got fine touches like the little wrap around the face. There isn’t even a lamp there, it’s just bounced ambience. That also gives you soft highlight in the eyes which you can see in the final film.

“I was shooting 800 ASA and exposing for two stops under. When the film opened the BFI Flare Film Festival at NFT1 in April there was no perceptible grain in the blacks at all, which was quite extraordinary. My only option was to underexpose in the bigger scenes so I did have my concerns how it would hold up on the big screen having not had a chance to test. If you’re trying to fill a large space with lamps you usually need more light than I could afford, especially for a large scene like a courtroom.

“There was a two-day grade at Encore Post as part of the budget. We’d had a day designing the LUT before the shoot so that saved time in post. I did extensive camera tests, explored many reference pictures from fifties films and designed the LUT to be slightly dingy, quite grubby looking, which was my visual reference throughout the shoot. In the offline that was where we wanted to be which gave us a nice luxury in the grade of having two days of tweaking.

“I shot with a set of Zeiss Super Speeds and the whole shoot was exposed at between T2 and T2.8. I thought I may need T1.3 at times but it was not required and it was nice to have a little bit more depth-of-field.

“We didn’t have enough time between set-ups to rig all these lights on a dimmer board, but this was a manual job where you get on the back of each light and expose it to your light meter. You set your camera to 5.6K and set your lights the same way so you know exactly where you are so there is no guesswork.”

Johann believes you could probably light a feature with only one lamp! “Imagine having one SkyPanel and you light the whole thing with that. It’s quite an interesting idea.” 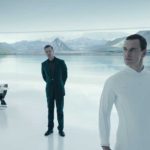 Lighting Disney - Design for Beauty and the Beast 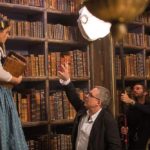