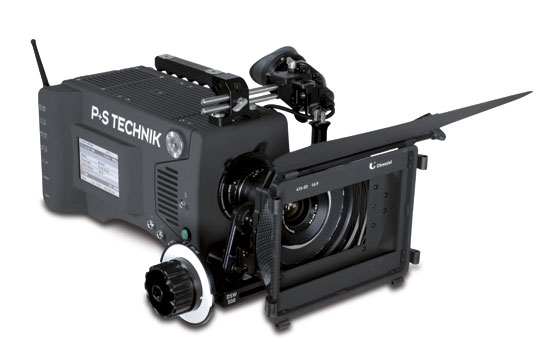 The PSCAM x35 has a passing resemblance to the Arri ALEXA cameraWhen Panasonic unveiled their unique VARICAM off-speed camcorder nearly 10 years ago the industry fell in love with its motion tricks but not it’s workflow. Now P+S Technik have maybe come up with a product that could better it.

If you remember the Panasonic Varicam camera, it was truly revolutionary for the time as it allowed speed ramping from one frame a second to 60 at a time when the only off-speed capture available was from film cameras. It was only 720p with a 2/3inch sensor and recorded to a tape based DVCHD codec but allowed an early look in to digital slow motion as well as being a normal 25p synch-sound product. You had to be careful using it though as many found out when they recorded off speed footage to the same tape as their normal speed capture. You had to convert the off-speed footage through Panasonic’s own frame rate converter, one of the early pieces of advice was to record normal and off-speed footage on different tapes to avoid a long process of differentiating between frame rates.

Fast forward ten years and here is another camera, the PSCAM x35 from P+S Technik, which offers 1-450fps speed ramping as well as being a ‘normal’ synch-sound camera. You don’t have to worry about using a frame rate converter now because there is one inside the camera as well as internal memory buffer for the off-speed stuff. Everything else is recorded by the recorder of your choice as long as it’s got an HD-SDI input. Lets throw another familiarity in to the mix with a certain Michael Erkelenz who is now the x35 product champion but was with Panasonic from the beginning of the Varicam development and through the P2 evolution. Draw whatever conclusions you want but also know that the x35 was on the drawing board at P+S Technik long before Augusta Technologie bought the company last year.

Whether Michael harboured thoughts of unfinished business with the Varicam or realisation of a still existing hole in the market is anybody’s guess but he and P+S have bought the x35 to the market with their first sale being announced at the IBC show and being delivered this October. There are also over 30 reservation orders for the camera as we go to print.

But there are a number of questions against the success of the x35. Firstly there are a couple of cameras which are selling and being used in large numbers that can shoot off-speed as well as normal, the RED Epic which shoots up to 300fps through REDCODE and the Arri ALEXA which starts shooting 120fps any time soon. The difference between those two and the x35 is that the P+S camera started as a high speed one and worked it’s way back to being a synch-sound product as well. Michael Erkelenz explains where he sees the market at the moment, “To produce a camera that offers normal speed and off-speed in the same body is hard to achieve. The issue is having the right sensor. There is a physical and technical limitation of normal sensors to achieve high speed, this will change in the future. ALEXA will do 120fps but they can’t go higher because there are bandwidth issues with the readout of each pixel. High speed cameras can do this because they have more pipelines to readout from the sensor. RED say that the EPIC can do 300fps but they have a bandwidth issue as well and need to downsize their sensor to 3K which then turns their sensor in to a 2/3in size.”

In fact what P+S have done in designing the x35 is work their way backwards. They started with the high speed side of the camera, taking their experience with the Weisscam high speed cameras (and its sensor) and then building the normal speed camera within it.

“To position the x35 a little bit more we can split the term ‘picture quality’ in to four main, broad areas. There is dynamic range, motion, colour and resolution. The RED and ALEXA have very good dynamic range, this is how they define picture quality, EPIC has high resolution too. The Sony F65 is very good for colour reproduction. So we picked the area where the other cameras weren’t known for and that was motion. This would be our niche.”

Michael quotes latitude figures of 11 T stops and an ‘out of the box’ ASA of 640, not bad figures but not yet an ALEXA or EPIC with HDRx.

The practice of using the x35 has made a huge impact of some of the crews who have already used the camera. You want to get to 450fps? There’s no powering down and no re-booting, you just dial in the fps in to the menu and carry on shooting. The only difference is that footage is recorded on the internal buffer and not on the recorder attached. Joel Bergvall, part of that initial shooting with the x35 commented, “If you need standard speed shots and high speed shots on the same day, you’d have to drag two camera systems to set.  Double rental cost, double tech cost, double post cost…  The idea behind the X35 is that you would shoot your entire show, standard speed and high speed, on one camera.  No need to rent specialised gear and extra techs for those few days of high speed if your main camera can do it already.  That makes high speed just another tool in your everyday arsenal, not something you need to plan and budget for outside your day-to-day.

“Filmmaking is a series of choices and compromises and this camera is another one, and one that gives you 1-450 fps at the press of a touch screen button and that’s pretty cool!”

Surely this is the main reason you would rent or buy the x35. If you have some slow motion or motion effects you can theoretically use just one camera. So the rental companies are very excited about it because they can presumably charge a premium for it. But if you’re not scheduled to feature slow motion or motion effects surely you wouldn’t presumably then consider the x35 on price alone. P+S are betting that the ease of switching to slow motion in camera might be too much of a temptation for producers even when they haven’t planned for it.

But that’s not all the x35 offers. Remember the Varicam again and the motion effects they used to demonstrate at say 3fps to blur the background, x35 can do that and more. You can also use presets to ramp from say 24fps to 150fps, a preset button press can achieve it, “It’s not just slow motion that is interesting the market and also it’s not timelapse. You use a motion blur to tell a story with the shutter at 360˚ at 3fps – if someone is standing still then everything is blurred behind. You can also use an effect for fighting for example, like a ‘Matrix’ effect. You could have a fast punch ramping to a slow motion or normal speed. This is what the director’s love. The ramping function when you can preset say 24-150fps with a button push was requested by some Steadicam operators who might want a live effect. They can also record in normal speed as the signal is simultaneously recorded to the external recorder.”

The x35 can ramp from 1-450fps and records off-speed material on an internal buffer memory. For normal speed you go to an external recorderThe x35’s sensor is based on the one in the Weisscam camera but tailored for the new camera. The output is 1920×1080 and there are good reasons for it. “We have kept to HD resolution because of workflow reasons. Also with the Weisscam we found that 90% of the work is with HD, later on there will be other options.” There are rumours that P+S will produce their own recorder but at the moment there seems to be a surfeit of recorders in the market and so that may not happen for a while. There will also be a new EVF next year as the one they are using isn’t good enough. The lens mount is the PS-IMS one which adapts to various other adapters allowing most lenses to be used including PL mount lenses. There is also a 12-bit uncompressed RAW option planned next year.

It has been said that the new x35 has a passing resemblance to the Arri ALEXA. But if there is then it’s a result of the design of the cooling system than anything else. With on-board recording and frame rate conversion the subject of cooling becomes very important to the x35. “We didn’t focus to make an ALEXA! The body design is something that P+S have much experience in. We started with a few different designs but after some feedback from some DoPs we ended up with our existing shape. We use a cooling fan but also some cooling pipes to route the hot air out to one specific point.”

Michael mentioned that the rental companies are particularly interested in the x35 and the ‘fiction’ guys (apparently a very big movie coming out next year is very interested in using the camera for their film). Also documentary and commercials are obvious market for it.

The 30 reservations should increase post the IBC show when a working version will be busy demoing and screenings will be shown in the big theatre. These are exciting times for P+S Technik who have always been a ‘hot house’ for engineering excellence but now have a camera that may make some serious in roads in to the mainstream. We should find out the price at IBC and maybe how much some rental companies are going to charge for it. 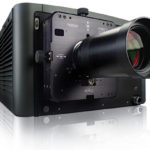 Class Of The Field? 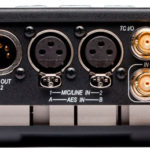