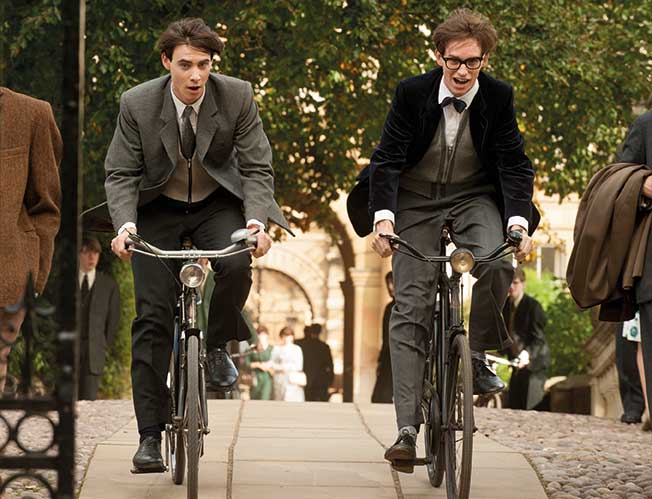 A Love In Time And Space

The future Mr and Mrs Hawking meet for the first time

The Theory of Everything is a moving tribute to one of the most famous scientists in the world. The shooting story is a textbook digital workflow with the concentration on the balance between a required look and the management of the light

DoP of The Theory of Everything was Benoit Delhomme with the DIT Chris Nunn from London’s Mission Digital. Benoit had some comments on this typically British biopic.

Why did you choose to shoot digitally? Why the ALEXA XT? Why not film?

“My last three films were shot digitally on Arri’s ALEXA. I am always happy with the way this camera works. It is so simple. I feel that I am, in a way, a much better DP when shooting digitally. I feel more relaxed. It gives me more time to be available to the director and I think I can be more creative.

“I feel so free with HD that I’m seriously not sure I would like to go back to film. Filming digitally allows me to be more subtle with lighting, contrasts and highlights.

“Previously, to working digitally and with a DIT team like Mission Digital, I was spending a lot of time telling directors they needed to trust me; that for example the light on set seemed brighter than how it would look on film. It was hard work. But now our relationships on set are changing, a colour technician and DIT team are just as important to me as my gaffer. I find it so wonderful to be able to grade my digital dailies on set with my DIT. I can now go further in my creative process from the very beginning. Dailies were often graded in a very frustrating way in the past because DPs were too disconnected from the colourist and the lab. It was very difficult to describe the specific ‘yellow’ you were looking for over the phone.

DoP Benoit Delhomme and his DIT on The Theory of Everything, Mission Digital’s Chris Nunn on-set at Buckingham Palace in London.

Is there pressure to make movies look better/different from TV dramas that use the same sensor?

“I do not watch much television myself, but I think these days there is no more pressure to make movies look better than TV because some TV series look so good. The big difference is that every movie is totally unique, like a prototype, when TV series apply the same look on all the episodes. Whenever I work on a film each one will have its own style. I am not fighting to impose my own style, to put a similar stamp on my films, instead I am fighting to be given the freedom to find a unique form for every film I work on. I think television can be worked on in the same way now with the advancement of digital technology.”

What was your lens choice and why?

“The first part of the film was shot using spherical lenses and when Stephen gets diagnosed with ALS we switched to anamorphic lenses until the end. I wanted to show that Stephen’s perception of the world and space takes suddenly a different perspective. The anamorphic lenses give a slight feeling of distortion and a more shallow depth of field. I think that even the normal audience can feel that optical shift. It was an idea I had early on during the prep and I was so pleased that the Director, James Marsh embraced that idea immediately.

“The first part was set in the 1950s and I wanted to capture the romance of the time, make it beautiful but simple. The second half was more interesting to film, and as a DP I could express myself more artistically. I wanted to give the audience a slight feeling of distortion to link to Stephen’s horrible news of his diagnosis.”

You have shot many character driven movies, is this your favourite type of movie? Do you like to be close to actors? Are you a self-shooter?

“This film is my third biopic but I often work with character-driven stories, I prefer them to action films. I have a passion for intimate stories. I wanted The Theory of Everything to capture the emotional breadth of Stephen Hawking’s life. I believe that by working very closely with the actors and actresses, I can make the scenes as emotional as possible. I do not like using long lenses and prefer to shoot from inside the scene with the actors. That way, you can capture those improvised moments and work with them on their positioning. When you’re outside that intimate space you may pick up changes and think they’re only accidents. I find actors prefer to work so closely because they get direct feedback on their work from the crew, and it helps in building up trust. It is an organic process that has to be protected and recreated on a day-to-day basis.

“I feel so good when I am allowed to make films like The Theory of Everything in this very instinctive way. There is a beauty in the fragility of this process. It is important to me to not make things too perfect, I like to keep the small accidents because they are giving life to the film.”

How did you use light to drive the narrative of this movie, the trailer seems to flood some scenes with light, how close to over exposure were you getting? What lighting rigs were you using?

“In order to capture Stephen’s life I wanted light to be a character of the film. I would let the light burning out of the windows. I wanted to feel the energy of light more that I would have done normally. I over exposed the windows and often worked wide open to get this effect. I wanted a very soft texture and flares in the film, instead of crisp and sharp images; to reflect the emotion of the story. I did not flood the scenes or use rigged lights because I wanted to achieve soft textures and flares that would reflect the emotion of the story.

“I avoided filming The Theory of Everything as a classic BBC biopic. I wanted the film to be an emotional journey visually, in particular, to emphasise the gigantic flashback as very colourful and vivid memories. I don’t know about you, but colours are stronger in my memory, and that’s what I wanted the audience to perceive.

“My job as a DP is to create the lighting and mood for the emotion. The way you frame a shot is part of the emotion. It is not just about how good the actor is, it’s about the angles you use and the lens you choose. I have to be in the right place at the right time. In the shot where Jane gives Stephen his wheelchair for the first time, I used afternoon light. This was a crucial scene because Stephen knew once he was going to get in that chair, he would never get out. The blocking of this scene took some time to work out – the way the chair is brought in, the time it takes for Stephen to get into it – I wanted to shoot this scene in an ultimate simplicity. I wanted to compensate the sadness of the scene with the bright afternoon sun, which is so full of promise.

“I wanted the light to be uses in a poignant, melodramatic way in this film. I kept the light brighter than I have ever done before. It was good to feel the energy of the light being in sync with Stephen’s personality. So many films are too dim and controlled these days. In The Theory of Everything I wanted the sun to be more a California sun than an English sun.

Stephen Hawking in his Cambridge days.

“I felt free to make the sun more powerful than it should be and the colours more saturated. I often flicked from strong monochromatic ambiances for symbolic reasons and meanings, like in a scene when Stephen watches television after being diagnosed. The sun shining through red curtains is ‘bathing’ the whole scene in a strange red glow, as if Stephen was trying to hide in a womb.

“Remember this film is about a cosmologist so I wanted the light of the Universe to be a real character following Stephen’s emotional journey. This guy is able to conceive how the Universe was created, so I thought the sun should be his best friend, the hope that Stephen has despite having been diagnosed with that terrifying disease. Stephen is the sun of this film, he is a very charismatic man, and the rest of the characters are pulled towards him, like planets.

“Stephen never lost hope he never got really depressed, so therefore I wanted to use his courage and energy by light in the film to depict hope and not make the film more depressing, but emotional.”

How carefully did you choose colours, were you aiming for a particular look to set the story in a particular time? You were grading on set to help the final grade, is this practice in your opinion inevitable because of platforms like Resolve or is it something that should be avoided due to inferior conditions when making decisions?

“I believe it is very important step to do the pre-grading on set. Colours are vital to me when I film and working with Christopher Nunn, Digital Dailies Colourist from Mission Digital, became crucial to me on the set of The Theory of Everything. I would go and see him several times a day on set to spend time choosing the right colours and make sure the shots were how I wanted them to look. I would always give Chris a precise reference of what I wanted the mood of the scene to look like and he was very intuitive with colour matches, he had a good eye for colour. If you have a clever DIT they will call you at the right moment to tell you the shots are ready. It was great to build up a great rapport with him early on.

“Having time with my DIT away from the set for short periods, gave me the possibility to see my images with some distance and so helped me to judge them better.

“I believe I have worked with very bold colours on the film and working with Chris became a very smooth process as my colour choices came as no surprise to him.

“It gives you a big comfort on set to know that you have nailed the look you wanted to achieve, therefore you can relax yourself technically, to free up more time to be creative. Nothing can kill my energy more than looking at my images with the wrong colour setting so it is really important to have a guy like Chris on set – working together to choose the right hues – is a dream for me.”

“I prefer to work with non-compressed footage while making films, as I feel it gives you more options afterwards. However, it is more expensive so I had to shoot with the ProRes compression on The Theory. It gave a special softness to the images that worked quite well with the texture I was looking for. We just shot a few uncompressed images when we used Green Screen composites. 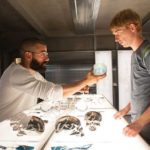 Between Gods And Men

Why AVID Shouldn't Be A Listed Company 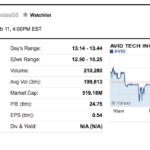