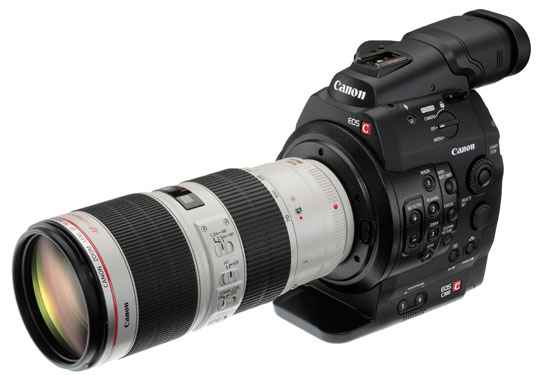 What is the point of the Canon C300? By Phil Rhodes

The Canon C300 and one of those 70 EF lensesThere is of course the direct answer: that it doesn’t have the problems the DSLRs have. Aliasing is vastly improved, and the compression should be better even if you choose to use the internal recording facilities. But the pricing is insane, and the spec is anemic compared to what Red have for half the price, notwithstanding the fact that I won’t expect Scarlet to work very well for a couple of software revisions after launch, and it’s made by people with a public attitude I’ll charitably describe as unconventional. I have vastly more confidence in Canon as a manufacturer.

Other than number games of resolution and frame rate, questions have also been raised about the recorder. MPEG-2 is not an advanced codec by modern standards, and 50Mbps is at best a good medium bitrate. It is worth bearing in mind that certain broadcasters have decided that 50Mbps is their minimum number as regards bitrate for a rather nebulous category of “high quality” production. Of course it’s clear this is alarmingly arbitrary and makes no reference to the type of codec or whether the compression engine is a good or bad one, so you could shoot really nasty MJPEG at that rate and it would apparently be acceptable. I fear that the C300 may have been designed, at least as regards its MPEG-2 recorder, to fulfil a rule made up by nontechnical administrators which doesn’t really make much sense in taste first place.

You could defend this situation by saying that trying to implement an advanced codec like h.264 in a tiny portable device is a bit of a daft idea, and I think this has been shown in the existing Canon DSLRs which have a pretty poor bitrate to quality ratio. Fifty megabits of really good MPEG-2 might be preferable to the same bitrate of really mediocre h.264, and should be easier on the NLE, the camera’s battery, cost, size and weight too. But really this is all conjecture until some objective tests are published.

The recording situation might have been slightly more understandable if the thing had a high-quality SDI output, but it’s limited to 8-bit 4:2:2. I’ve made arguments in the past that few if any camera sensors actually have 10 bits of noise-free dynamic range, but nobody seems to believe me and I would therefore have expected Canon to try harder here. 4:4:4 isn’t a necessity, though it’s nice, and should be trivial to implement once the thing has a 3Gbps SDI port on it (which currently it lacks). In the end, it’s difficult to take the position that a lot of people will be using external recorders on the C300, and even if you did, that’s another cost factor on something that’s already far too expensive.

It’s worth mentioning that the C300’s pictures may be a significant saving grace. Word has it that it looks seriously good on the big screen and produces a smooth, low-noise and high dynamic range image that Red may struggle to match. This makes sense given Canon’s long experience making very good sensors, and although it may not be enough to mediate the sticker shock, this does at least do something Red too often don’t: the pictures are apparently glorious and it is at least likely to work reliably right out of the box.

Still, the upcoming Cinema EOS range of DSLRs may be of more interest. There are images floating around of something that looks like a 1Ds with the little red C on it which may mean that the real upshot of all this is a range of video DSLRs which don’t have the problems that the current ones do, although I suspect the compression may still be fairly harsh. Details are still extremely sketchy but there is talk of MJPEG compression, and I’ll be interested to see if MJPEG done well really is a better bet than h.264 done, well, badly.

In the meantime, though, the C300 needs to cost less than half of its current list price to compete with Scarlet. Since that seems unlikely, I would suggest that Canon have missed the boat again, just like they did with the no-progressive XLH1 and the non-HD XL2. Two years ago, when it was obviously needed, the C300 would have been exciting; Panasonic got their DSLR-derived camera, the AF100, out much more quickly, and one has to wonder if it’s a factor of R&D capacity. Canon really do seem to have a talent for failing to do the obvious thing at the obvious time.

Is the C300 ‘old’ before it’s even made it to the buyer?Japanese manufacturers often kaizen products like this, a process of gradual refinement, which is how today’s palm-sized HD camcorders and MP3 players you could accidentally inhale come to exist. I worry that the C300 won’t do well enough in the first place to attract this sort of attention, much as I get the impression has happened with the AF101. I’m not holding my breath for the C400 in 18 months’ time. 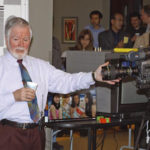 Canon's Larry Thorpe on the C300's design and origins 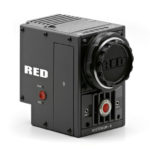