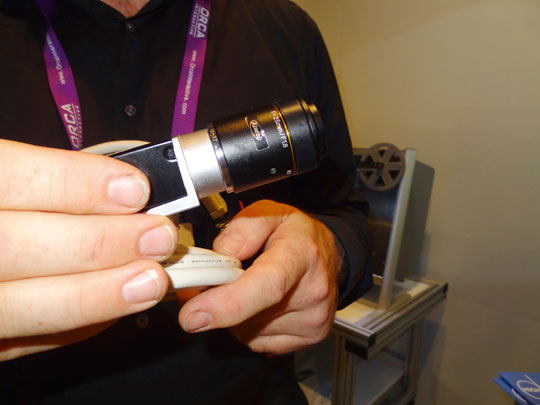 The Rise Of The MiniCam

Indiecam’s IndiePOV is being distributed by Polecam in the UKHighly spec’d minicams were all over the IBC 2011, we found three new ones

Designed and built by Vienna-based Indiecam GmbH, the IndiePOV incorporates a high-grade 2/3 inch CMOS imager and delivers 1080p HDTV at up to 30 frames per second in 10 bit uncompressed 4:2:2 or RAW modes.  The camera measures only 40 x 40 x 100 millimetres and weighs just 170 grammes.

“The IndiePOV is one of the finest miniature cameras ever brought to market and is ideal for use across our entire range of portable support systems,” comments Polecam Managing Director Steffan Hewitt.

“The excellent picture quality of the IndiePOV makes it ideal for programme-makers at a time when broadcasters are becoming increasingly keen to deliver the best possible images to HDTV audiences.  It can be used in single-camera, 3D and multi-camera modes.  The build quality is also superb and the value for money nothing short of breathtaking.  If you are at the IBC to see the latest cameras, this is one to put at the head of your list.”

“With a native 1920 x 1080 pixel resolution and five micron pixel size, the IndiePOV can be configured to output at 23.98, 24, 24.98, 25, 29.97 or 30 frames per second, progressive scan,” details Polecam Sales and Marketing Manager Jeremy Curtis.  “The standard model has a C-mount 25 millimetre lens attachment with adjustable back-focus.  We can also supply a PL-mounting version if required.  The camera head includes tri-level sync input, 3G-SDI, and RS-484 optical-isolated digital in/out.  No external control unit is required.  Power consumption is 2.7 watts average from a 7 to 24 volt direct-current source.  A universal mains adapter is included.”

The SinaCAM• German company called Solectrix worked on the digital processing of the Arri ALEXA camera. They now, with the help of a company called Anadicon, have launched their own camera called SinaCAM and not surprisingly it looks on paper quite impressive.

The camera is a remote head design but boasts 13.5 f-stops and a 14-bit signal processing performance. It has a global shutter and uses Kowa lenses for the Kodak 2/3rd inch CCD sensor producing 2004×1144 pixels which resolves 1920×1080 for up to 60 frames a second. It also has a dual HD-SDI mode.

Their clever party trick when it comes to combining two SinaCAMs for 3D is to use only one base unit with a single DSP chip to provide identical 3D image properties.

Stefan Schütz from Solectrix, “Arri wasn’t interested in this small camera but are interested in renting it out. We are going to be selling through a distributor. A 3D package is about EURO€23,500, which is two cameras but only one Base Unit. This is the main difference between us and the opposition.

“The internal structure of SinaCAM is highly modular and designed to be easily dis and assembled. This makes reconfigurations and hardware updates quick and easy”.

The EasyLook camera has the backing of large German corporate Basler • Another day, another highly specc’d remote camera head on the floor of the IBC. This time well hidden due to a decision to show at the convention at the last minute.

The Easy Look system claims to have a 2K two third inch CMOS sensor (2040×1080) with global shutter, a 640 EI out of the box, will do 1080/60p with 10 stops of dynamic range. But there are some other features which are quite unusual at the this price (about €EURO 7,000). The camera offers RAW recording using the ARRI T-Link protocol. and an HDR mode which results in up to 17 stops of latitude with a double exposure method using 2x25p streams and not 50p. How it works from there was not shown on the stand.

The lenses are from Kowa, like the SinaCAM we saw previously and there is a single processor box. You will need another one to shoots 3D which is different from the SinaCAM which only needs  one box to process the 3D. You also get 3G HD SDI out.

The camera is made by huge German company Basler but the driving force is cinematographer Gert Kappes of Easy Look. He was reducing the price for the show to around €EURO 4,500 to get things going. 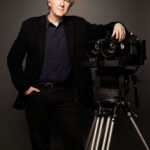 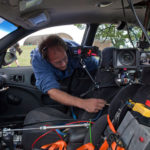