MPC Vancouver’s team completed visual effects for the Alpine sequence, which featured two key digital assets: the villain’s mountain top lair and Bond’s snow-plane. The mountain eyrie took its inspiration from an existing building in Solden called the Ice-Q; this cubist styled glass building was expanded and reconfigured to form a larger cross-shaped structure that would sit atop a CG restructured mountain peak. Being made primarily from glass, this building reflects the stunning panorama of surrounding mountains, and as such, required MPC to build not only a digital model of the structure itself but all of the surrounding valleys and mountains. The final product is a beautiful and iconic piece of Bond architecture.

The team’s second challenge was to create a digital version of the snow plane Bond uses to pursue villains through the Austrian Alps. MPC’s modeling team created the CG plane based on the Britten-Norman Islander. The biggest challenge for the sequence was with the way the plane interacts with its environment during the chase. On set, a practical plane was built and pulled along on wires, wheels and skis through the forest. By mixing sections of the practical plane with the full CG digital version, MPC was able to create a plane that has its wings torn off and then careens on its belly while still under power from its two propeller engines. MPC’s FX team created billowing snow clouds blown up from the engines, a powerful bow-wake of snow from the sliding belly of the plane and streams of smoke and fire from its struggling engines. Add to this the climactic moment when the plane bursts through a barn, scattering smoke, wood and fire, and you have yet another iconic Bond chase sequence to add to the long list of classic film moments.

MPC London’s team created a robotic surgical device used to inflict pain on 007 in the torture chair in Oberhauser’s lair. The sequence was shot by DP Hoyte van Hoytema using extreme close-ups and a narrow depth of field. Using existing surgical drills and production design models as inspiration, MPC built the surgical armatures in minute detail, down to dents on the screws and the texturing from the milling process. 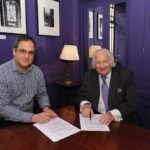 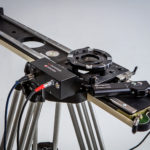