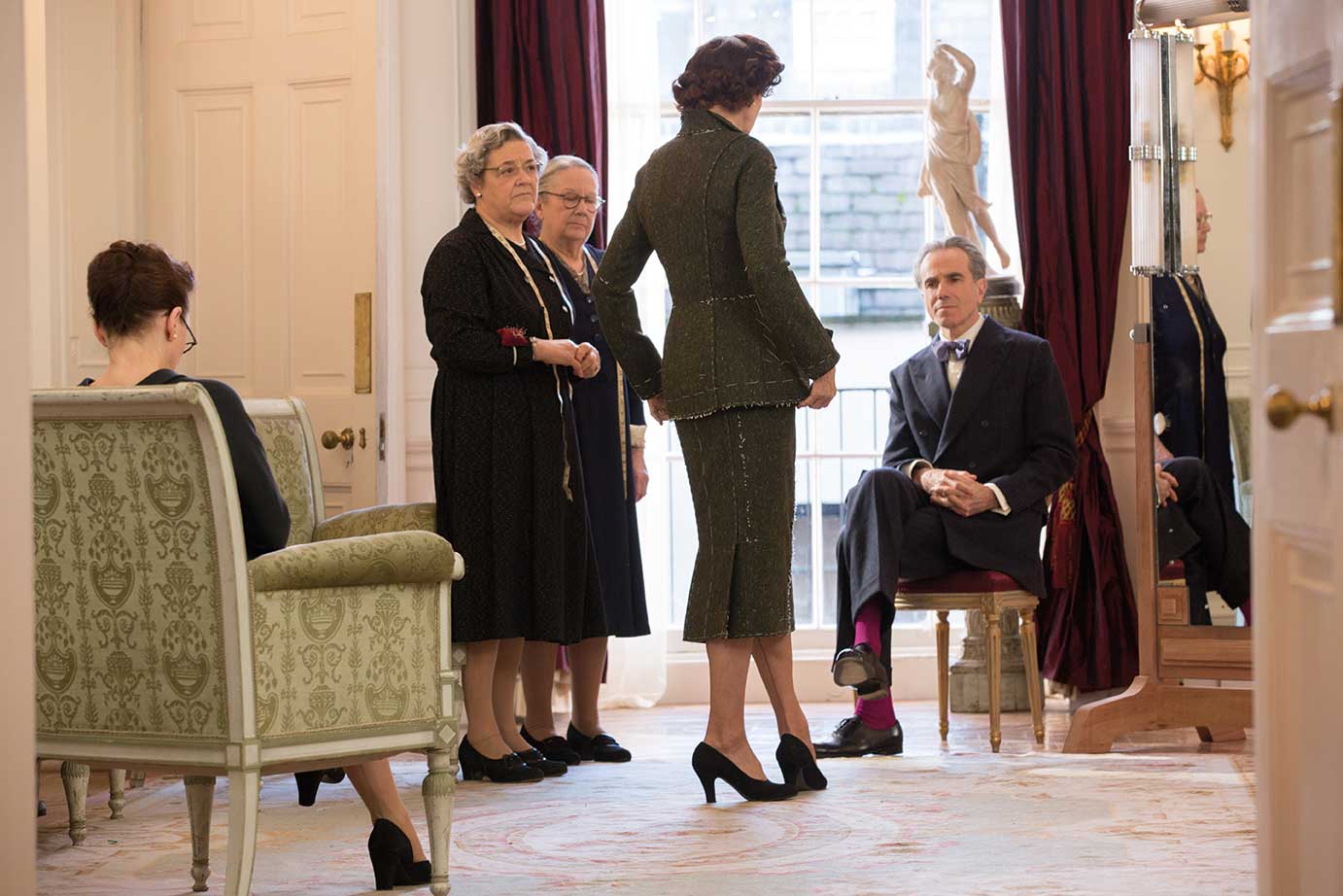 We talked with Mike Bauman, lighting cameraman and guru for Phantom Thread about seeking a lo-fi and low-contrast light design

Gaffer, lighting cameraman and lighting innovator Mike Bauman had worked as gaffer with director and cinematographer Paul Thomas Anderson on his previous two movies, The Master and Inherent Vice. For Phantom Thread, the director was intrigued by a number of British-inspired habits like the UK system of using an operator and a lighting cameraman, and also by the craft of director Stanley Kubrick’s films especially Barry Lyndon. “That was the film where Stanley used all these super-fast lenses and Paul was looking at it for inspiration of where to take this film,” says Mike. “We did a music video for Radiohead probably eight months before and followed that up with another music video and a short film, using techniques that we wanted to eventually use for the film. That’s how we started moving towards what we wanted.

“Other preparation included a lot of testing, at least six tests which were pretty extensive and especially involving a lot of texture; he wanted the film to have a lot of texture to it. This was a big thing for him, he talked about how beautiful The Crown from Netflix looked but he talked about how it wasn’t the direction he wanted to go for the film. He wanted it much more lo-fi, so to speak, so we experimented and that’s the way we started pushing the movie. So we started testing a lot of smoke and low-con filter ideas, we spoke with Dan Sasaki at Panavision about his bespoke collection of lenses that Paul had been putting together with Dan for a while. We tested that kind of stuff for another way to get texture and stuff into it.”

Mike’s other job is as CTO of LA’s Litegear company which innovates especially with LED products including LiteMat and LiteTile. “Lighting-wise there was a desire to use as much incandescent on the movie as possible, which was a great idea,” he says. “Paul would show me these references photos from various Kubrick films and the movie Rebecca and other Hitchcock stuff he was inspired by. Then we’d go to the location in London and there was no way we could execute it. It was clear that technology was going to be a big part of this journey; then we started to mess around with different LED products and thought we could find the visual look of the film between the LEDs, the photochemical process and the lenses. We were going to throw them all together in a pot and find out what it would take to make it work.”

Phantom Thread had no stage for the action, there were only practical locations. Also the main house where everything happens had restrictions. “The house where Woodcock lives is a Grade 1 listed townhouse in Fitzroy Square with insane requirements,” says Mike. “A lot of negatives in what you couldn’t do. We had to shoot only from 8am until 8pm, they wouldn’t allow us any outside control like Cherry Pickers, some of the normal tools you use to control light from outside. We were only allowed four feet of scaffolding outside the windows and so there was a tremendous amount of limitations to shoot in this house for the 26 days. It was very limited in terms of the tools we could use to light.”

With this major limitation Mike had to think outside the box and use some of his company’s portable and easy-to-hide small LED designs. “Using our four to five feet of scaffolding, Jonny Franklin, the gaffer and I talked about doing vertical lines of ARRI Skypanels that could be used on a track; there are three very tall windows there. We could put Skypanels on either side of the window frame and push light in from the side. We were also able to hide a bit of HMI up on the top. The building was facing the direction where the sun was constantly coming in and out. It was a very fluid environment, I’ll put it that way. We were able to do a little bit of attachment to the house, they were very limiting on that so we were able to use some of the LiteTile products from LiteGear into the ceiling that allowed us to push down as a top light. We could make those adjustments very quickly as the exterior levels changed. So that was really critical as we had no time for somebody to come and put scrims in or something like that. But in the UK, just wait a moment and the sun is in again; it’s a very impressive environment to be shooting in! We also wanted the ability to take up as little room as possible. Once we knew we couldn’t go down a traditional route with maybe a big single source like a Soft Sun on normal support machinery, we ended up using a lot of LiteMat, Skypanels and a lot of some other stuff we had fabricated that was LED. We used Source Fours that were LED based so we could change the colour temperature quickly. We’d used a lot of wireless for networking. Because the house was impractical, the guy who was running the desk was down in the basement so I would just relay orders over the radio about what we needed to do and how we needed to make adjustments. That was a lot of constant tweaking. There were so many facets of the location that were constantly in movement.”

The location was so limiting that as soon as they finished shooting in one room they would move to the next room. Everybody would then put the junk from the new room into the room that they were just in. It was a very compact space, to put it mildly.

But because of Mike’s day job of being CTO of LiteGear he was able to call on some of their innovations to help the design. “There is a scene in the film where they have their first dinner date; we had a lot of LEDs in the practical that was on the table,” he explains. “Kino Flo used to have a unit called the Bar Fly series which was a very compact fluorescent with a very nice honeycomb grid on it. We ended up taking those and pulling out the fluorescent aspect of it and throwing a LED inside as the engine to emit light. That proved to be very helpful because we needed a lot of low-level lighting, we were shooting at about 640 or 800 ASA so we were kind of in the digital space as far as our ASAs were. Most of the movie was shot at a T2.5 or T2.8; we were shooting film so didn’t need a huge abundance of light. We were averaging between five and ten foot candles digitally speaking.”

To give Mike a chance to deal with the limitations of the main house, he had to leave other locations and go back to London to continue prepping the rooms. “We got into the house about five weeks into the movie and so we would go back from the shoots in the Cotswolds and in York. Any weekend we had off, we would go to London to this building to talk about what had to happen. For instance there are a series of chandeliers in the film on the walls in the main room; they were all replaced with LEDs so we could lower the intensity without a major colour shift. With incandescent you would have had a problem there.

“We would take a camera in there a few weeks prior to shooting and do some tests, there was a lot of testing on the journey. I use a Sony A7S MkII camera as my main exposure camera mainly because of its low light and video capability. I took about 11000 photos and some video to get an idea of where things would fall.”

The shooting relationship Mike had with Paul the director and Colin the camera operator did take some getting used to, but it flourished. “Paul is a very strong technical person and he really knows lenses, he really knows composition and framing.
He would take a viewfinder and some lenses and be on the set with the actors by himself and the AD. They would spend a little bit of time going over stuff and then the rest of us would come in and we would talk about shots. Paul and Colin would work out what the shots would be and then he and I would have a conversation about the lighting. We did a lot of that beforehand in prep but he still has to direct the movie and all that.

“Our conversation about lighting would be a general discussion and he would want more of something and less of something else and then I would manage the exposures and that was generally the super quick gist of the workflow. I don’t think it would have worked with every director because he is very proficient with the language and not intimidated with the technical aspects of it.”

Phantom Thread might have been lo-fi in comparison to something like Mindhunter with its incessant corrections and realignment but shows that what is great in filmmaking is that two such diverse approaches can both look so fantastic. 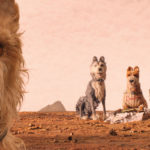 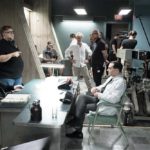