Is VR For Real Or Another 3D? A Report

Posted on Dec 2, 2015 by Definition Magazine

With the worlds most recognised companies bank rolling the development of Virtual Reality and Mixed Reality, a lot is being staked on so far commercially unproven, but hugely exciting technologies.

The hype becomes a reality in 2016 with the release of several long awaited headsets, but there is a question about how they’ll be received. Will quality content be available? Will motion sickness be a barrier to adoption? Do enough people know about VR for it to be a mainstream success?

“The new Futuresource ‘VIRTUAL REALITY – NICHE OR MASS MARKET?’ Global Market Report has been created to understand all aspects of the emerging Virtual Reality market by combining our expertise in Broadcast, B2B Display, Consumer Electronics and Entertainment content to give you the most holistic understanding of the market so far.”

The new report examines the potential of the technology across a wide spectrum of applications, including the worlds of Consumer Electronics, Broadcast, Education and B2B verticals. It will look at the drivers and barriers facing VR as it struggles to emerge from science fiction to realise its potential to revolutionise the way we view and interact with content. 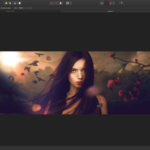 Is The VFX Industry Ready For Remote Working? 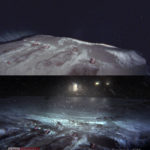