Nicolas Becker and Carolina Santana are the minds behind Sound of Metal’s groundbreaking audio design. The pair of melomaniacs discuss recording inside the human body and emulating deafness

Films are often reduced only to visual elements – beautiful camerawork, the performance of a lifetime or revolutionary CGI. This leaves a production’s sound design firmly in the dark.

For Sound of Metal, supervising sound editor Nicolas Becker and sound editor Carolina Santana took things in an altogether different direction. The film follows heavy metal musician, Ruben (Riz Ahmed), as he loses his hearing and is left to deal with a drastically changed world. But how do you even begin to craft the absence of something – let alone sound? It’s unimaginable for anyone who isn’t aurally impaired. The answer: it takes something that’s scarcely been done before.

In the film’s early scenes, live instruments deliver a real, physical experience. Sound of Metal forces the viewer to look inwards, aligning them with Riz Ahmed’s character Ruben (above) and audibly presenting the inner workings of his body

“I took Marder to an echo chamber in Paris that emulates total silence,” he says. “You can hear your heart beating, or organs moving – it’s very physical. That was a big part of the film.”

For Santana, a major challenge was the marking of progressive hearing loss. “We spent a lot of time finding how to get to that moment where Ruben finally realises he can no longer hear,” she explains.

A piano accompanies that pivotal juncture, after which Ruben receives cochlear implants. “Everything that follows that scene is what life sounds like when you’re forced to accept change. It becomes disconnected, broken and unmusical.”

Ahead of the shoot, Becker and Santana performed lots of tests and simulations, mastering the exact sound of the implants. “It was such an important element of the design,” says Santana. Somewhat unusual backgrounds proved useful for both sound editors. Becker spent 25 years as a foley artist before becoming a sound designer. “I’d be in a room with microphones and props, creating material to emulate the sound of a monster, or an explosion outside a submarine. Doing that, you create a library and discover a lot when you’re curious.”

For Becker, Ruben’s unique inner world of sound resembles a work in progress.

“It’s work I’ve approached across various films,” he says. “In 127 Hours, there’s an element of journeying into the inner body, when climber Aron Ralston enters a trance-like state. In Gravity, the sounds inside the spacesuits took this further. We wanted to use the same tools on this film.”

The body as an instrument

While intention is one thing, reality is another. As filming began, it was time to turn abstract ideas into results.

“I used the hydrophone a lot, because there are loose parallels between deafness and being underwater,” continues Becker. “Your ear doesn’t really work submerged, but bones and tissue still transmit vibrations. Our processes were based around similar feelings or memories.” The human physique also helped design sound. In one case, Becker recorded a drill in his hand with a contact mic, filtering sound vibrations through his body. During post-production, Carolina Santana played on her musical background to approach sounds as if they were compositions

Other unique tools in the pair’s kit included a waterproof lavalier mic from Voice Technologies, for use in the mouth. “You really get a feel of the cavity – it’s not like recording outside the body at all,” enthuses Becker. There was also a DIY microphone made from two LOM Usi Pros inside a stethoscope. Tiny and noiseless, the makeshift system recorded breathing and other noises from inside Ahmed’s body.

Finally, the LOM Geofon was used to record vibrations at a tiny volume, while the DPA 4041-SP mic, recording at about 80x the sensitivity of the human ear, picked up truly microscopic sounds.

Across all of these tools, sound recordings were synchronised completely. “That gave us this plasticity of moving from outside in, or even moving around different areas inside the body. Sometimes, you can barely hear it; it’s almost subliminal.”

While the intricacies of these recordings are fascinating, they represent only half the battle. Post-production requires equally unique and skilled work to shape the viewer experience.

“In post, I thought we should avoid using plug-ins modelled on the tools of the analogue world. I was more interested in applying modern tools.” As such, Becker employed digital, audio pitch correction software, Melodyne. “People simply don’t have a natural point of reference for sounds like these,” he explains.

“I also never used the software as intended. With Melodyne, I created a weird time distortion. You can change the speed of a sound without changing the pitch.

“A number of these unusual elements came together to form the sequence of processing – it was almost like creating Frankenstein’s monster.”

“While reconstructing these sounds,” adds Santana, “I was trying to find the best adjustments for each part. We kept two distinct layers: one processed and one totally naturalistic. That allowed the re-recording mixer, Jaime Baksht, to find a perfect balance. Processed sounds alone would have been tiring for the audience, and harder to understand at times – we also wanted some key sounds to be clearer.”

Following such a unique process, the thought of returning to ordinary projects must be hard. In fact, it’s possible that similar experimental techniques will become more commonplace, thanks to their ability to suture an audience.

“In film, information can be so discreet – it’s entirely for our own brains to process,” Becker sums up. “A book I love on phenomenology asserts that, in this sense, we’re our own director and our own actor when we watch a film. For me, that’s certainly true with Sound of Metal.”

Santana agrees: “Working from memories and bodily responses was an emotional experience. The film is a transformative journey.”

Sound of Metal is set for cinema and Amazon UK release in Spring 2021.

Originally featured in the April 2021 issue of Definition. 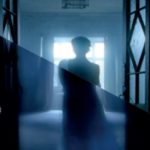 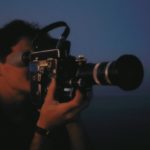 URSA does Bronte from

Korean entertainment has taken off in the West, but it’s been popular in the...

Touch-screen control of ALEXA Mini and A...

Transvideo and ARRI are collaborating on a specially...