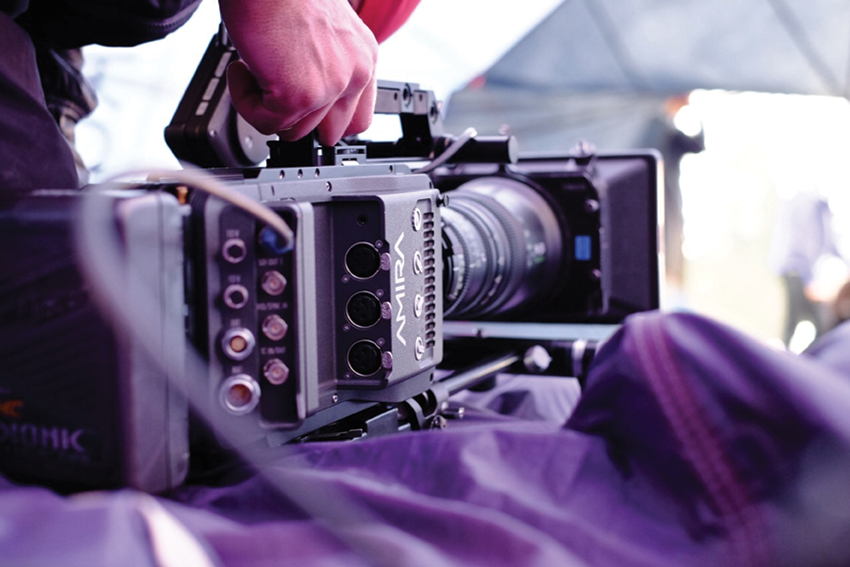 Mike Carling and the Arri Amira on-set at the Jeep promo.

Arri Amira cameras are so new that when DoP Mike Carling wanted to use one for a Jeep promo it had to be pulled off its own launch roadshow.

Ever since Arri announced that their next camera after the hugely successful Alexa was going to be a ‘grab and shoot’ documentary type product and not a ‘no holes barred’ 4k heavyweight, prospective users have wanted to know more about its abilities.

DoP Mike Carling included himself in those users but perusaded Arri to let him use their only prototype for a Jeep promo shoot. We asked what he thought of his experience.

What is your background and how familiar are you with Arri camera products?

“I originally started out as a loader (20 years back) and have worked my way up the grades of the old film camera route and now am a DoP working predominantly on high end documentaries and commercials. Recently in the past few years I have started work more and more on features. Most recently I was DoP on the VFX Unit on Ron Howard’s latest film In the Heart of the Sea.

“I have worked with Arri cameras for over 20 years from loading on the old Arri BL4 then focus-pulling on Arri 535 and now operating and lighting on the digital Alexa and Amira.”

What was the project that you were involved with that you thought the Amira was right for?

“The scripts were in the style of a ‘road trip’. The brief was that the commercials’ were to mimic a documentary look but with a traditional commercial ‘pack shot’ of the car at the end of each spot.

“I discussed the look of the project with director Oliver Holme and we agreed that the best plan would be to shoot the bulk of the content hand-held.

“The Amira was the obvious choice and having read so much about the Amira and having looked at it at the BSC show earlier in the year I was keen to try the camera out for real.

“I approached Chris Youlton at Arri Media and he agreed that the Amira was perfect. There was just one problem – there was only one prototype camera and it was busy being shown around various venues across the country.

“Milan Krsljanin at Arri Media very kindly got the Amira prototype off its own ‘road trip’ in a break in the rounds of demos around the country and let us have the camera for our five day shoot.  I really can’t thank Chris and Milan enough for allowing us to turn the camera round from ‘display model’ to actually shooting with it in such a short time.”

What were your preconceptions of the Amira?

“I am a huge fan of the Arri Alexa and had high hopes of the Alexa’s ‘little sister’.

What were your first impressions of the camera?

“First impressions are the build quality and the ergonomic design.

“We had absolutely next to no test time as the camera literally arrived back at Arri Media on the Friday evening and we were turning over on our first set up by the Thames at 0700 am on the Monday morning.

“Jon Hall my focus-puller was particularly impressed at its intuitive design. It is so easy to use and at the risk of sounding corny – it looks and feels like a ‘Cameraman’s Camera’.

“The shoulder pad can be adjusted and the viewfinder position can be moved to a variety of positions depending on the operating requirements.

“There is a filter wheel ND – so you can quickly dial in the IR ND filtration. Assignable preset switches for WB and frame rates.

“You can switch from sync to off-speed effortless.”

Do you think you have to have experience of the Arri Alexa to get the best out of the Amira?

“Those familiar with the Alexa will certainly find the Amira straight forward to operate but having said that the intuitive design and ease of operation make for a very user friendly piece of kit and it’s extremely easy to work with moving from hand-held to tripod. It certainly got chucked about on my shoulder as we moved from filming on boats, interior cars, balloons, down caves and even the footplate of a working steam train. No prior Alexa experience is necessary.”

Tell us how you used the Amira on the shoot? What accessories, lenses, grip etc…

“We had to have as lightweight a package as possible due to the fast turn around and limited space available to us as we travelled on the ‘road trip’.

I opted for the Fujinon Cabrio lenses :

“My own Ronford 2004 head – ideal for the size and weight of the Amira.

What was your impression of the image quality? What could you compare it to?

“In terms of image quality and dynamic range  – in my opinion it is an Alexa but in a smaller box!”

What shooting regime did you adopt with the camera? Lots of lights, lighting kit at a minimum? High ISOs?

“The majority of the sequences were shot using available light. Some scenes in the caves at Cheddar Gorge we used several Litepanels 1×1.

“I shot predominantly at the native 800 ISO occasionally going down to 320 ISO on particularly bright exteriors.

“The pack-shots of the car were shot using a lighting package from Arri Lighting predominantly using the M90 (9kw) and Arrisun 6Kw for the bulk of he set piece work.

“My Gaffer Ron Herschman and Electrician/Jenny operator Gary Parnham were fantastic. Often we would have to get lights and power into some pretty awkward locations. The relatively smaller units of the M series certainly made life a little easier.

How did you rig the camera? Does it need a lot of setting up? How quick can you get shooting with it?

“You literally can just take it out of the bag and stick a lens and battery on and shoot.

“With regard to changing settings it is very quick to scroll through the menu buttons and select the options you require. Options can be stored via the various preset/asign switches.

What workflow did you use with the camera? On board recording to ProRES? OR use of the on-board LUTS?

“We recorded ProRes 444. Log C. We had a very quick turnaround from collecting the camera and starting shooting with it – I would have loved to have had the time to have looked at the on-board LUTs but on this occasion there just wasn’t the time to look through or go through these options. Certainly something I will be testing and looking at for the next project.

Mike found the off-speed controls quick and simple to use.

Did you use the off-speed feature? How easy was this?

“This is one of my favourite functions on the Amira – it really is very quick to switch from sync speed to off-speed and back again. I wish I had an opportunity to have done more.

“We shot a fair bit of water spray and wheels splashing through muddy puddles – looks fantastic.

“It was so quick to set the speed – just flick out the screen on the viewfinder, select the speed and then shoot.”

Comments on the viewfinder?

“I was using the prototype camera – the viewfinder wasn’t the OLED that is on the production versions. I have since seen the new viewfinder that is on all the cameras that are being shipped and it is very sharp and bright.”

What was the new CFast media like to use? Is it already easy to sent through a post workflow?

“DIT Matt Oaten did a superb job of the data wrangling and giving me regular feed-back through the day on the rushes as he transferred the data. Shooting on the new CFast cards worked extremely well and in terms of ease of sending work through to post shooting ProRes clearly is an efficient choice.”

Are you happy with the Amira’s 2k performance or do you need 4k to compete?

“Outside of my features work on VFX I have yet to be asked to originate the acquisition of images on 4k. 2k suits the market just fine.

“I am sure that by the time that things do move predominantly to 4k acquisition then the guys at Arri will have that covered with some firmware update.

Where does Amira fit in the market?

“Amira is the perfect choice for high end documentaries, natural history, corporates and commercials (not requiring the acquisition to be done in RAW).

“I can also see low-budget features and  TV dramas (again those not requiring to be shot RAW) choosing to go with the Amira.” 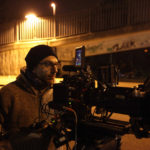