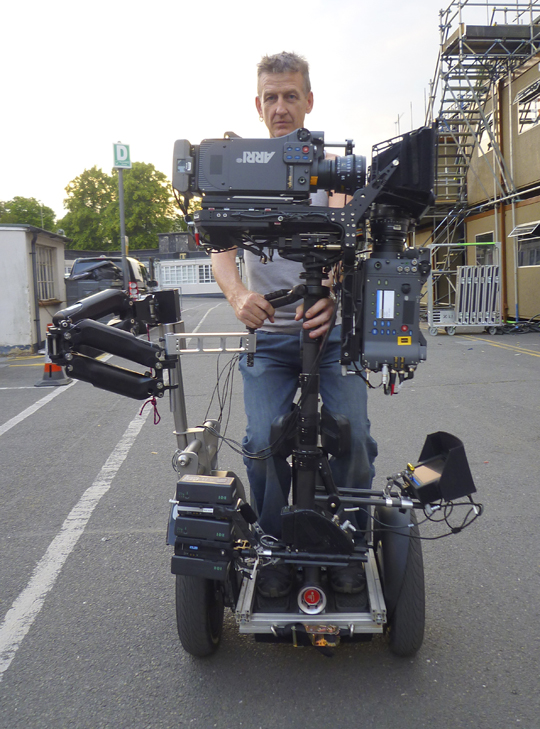 Not only is Arri fulfilling it’s commitment to ship their new ALEXA digital camera on time but also they’ve announced an A List Director as one of the first users.

Martin Scorsese has started shooting his new film Hugo Cabret with the Alexa in a specially made 3D rig (see above) based on a Steadiseg, a Steadicam rig on a Segway vehicle.

The setup is a Pace self-balancing 3D rig, capable of pulling simultaneous focus, interocular, and convergence without affecting the trim of the Steadicam Ultra 2 rig. The cameras are two Arri ALEXAs – there is a rumour that the movie will be using up to 23 ALEXA throughout production.

The total setup exceeds 35kg, so they are using the Steadiseg to create dynamic moving shots without operator strain.

Chris Fawcett from Steadivision [steadivision.com] commented on the rig: “I’m not shooting on the film. The operator is Larry McConkey (http://www.imdb.com/name/nm0566227/). I am a Steadicam operator specialising in using the Steadiseg. I was in Shepperton training him, and tailoring the Steadiseg to his specific needs.

“All shots are tethered. There is just too much bandwidth to record on-board. Also, Pace I/O and convergence are pulled down the cables.

“The script calls for moving shots that can only be done with the Steadiseg.

“I can’t reveal any details about their 3D style, except to say that they are planning something beyond Avatar.” 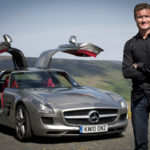 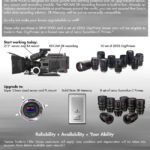 Korean entertainment has taken off in the West, but it’s been popular in the...

Hulu’s Pam & Tommy is a production roller-coaster of celebrity passion and crime. We...
Read Here